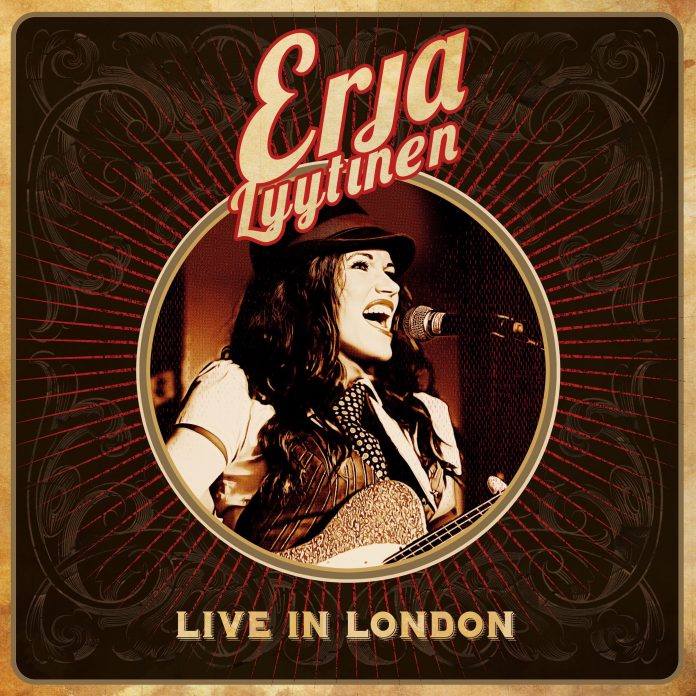 The Queen of slide guitar struts her stuff

It seems to be obligatory that when talking about the blues, reviewers are duty bound to mention that this is a boom time for the venerable genre. That is most certainly true, but there’s something else that Blues does better than anyone else right now too: the live album.

The live album used to make a career – ask Kiss – these days, it’s a stopgap between a studio album in the main, unless that is, you sing the blues for a living.

Erja Lyytinen has, over the course of her career, built up quite a reputation for doing just that. You don’t get the epithet of the “The Queen Of Slide Guitar” without being pretty good at it. Here, on “Live In London” she proves just why.

Things begin without a guitar at all. “Its A Blessing” sees her relying on her voice alone initially. It makes for a striking opening. She is, though, soon into her work, with “Let It Shine” and the shuffle of “Person To Person” is great fun – and made even better for the fact that it is the only time on the record where her Scandinavian accent really comes through.

Elsewhere each song seems to be largely an excuse for Lyytinen to play one more wonderful solo after another. “Grip Of The Blues” is excellent, with its slow, slinky quality, while there is an epic feel to “Change Of Season,” which broods and builds and into something pretty special and “Everything’s Fine” is just boogie filled grins.

At her best – as on the mournful “The Sky Is Crying” Lyytinen’s guitar does seem to gently weep, and when she absolutely cuts loose, as on her take on Elmore James’ “Dust My Broom,” which ends things here, there are few that can get close to her skills.

The problem with live albums – even on ones such as this that come with a DVD so you can watch the action – is that however good they are, and this one is very good indeed, nothing can actually make up for the visceral excitement of actually seeing the artist in the flesh.

“Live In London” is a superb live record. Buy it, but then buy a ticket for Erja Lyytinen’s autumn tour. That will, on this evidence, be a knockout.