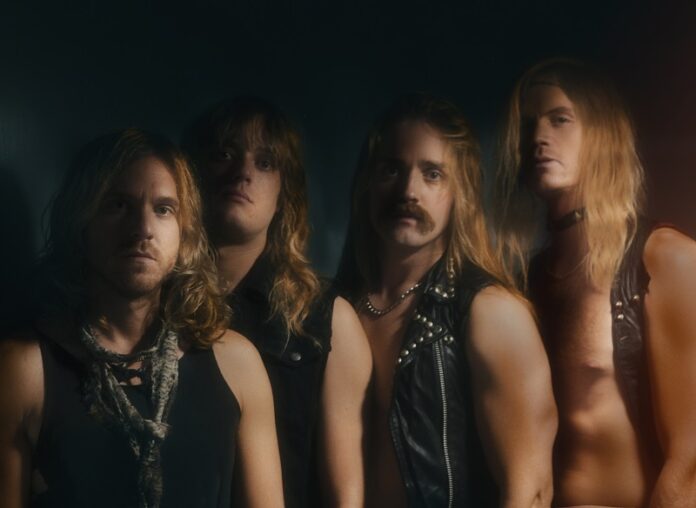 The new year has hardly begun, and some great news has already arrived from the far north. Swedish heavy metallers ENFORCER have listened to their fans and revived their classic track ‘Running In Menace‘. Today, the band has released a fresh, re-recorded version of the track originally released in 2010, launching them into the new year headfirst. Along with the song re-release, the band have revealed a new video, which shows exclusive clips of the Swedes, filmed during their latest European tour in spring 2022.

ENFORCER‘s Olof Wikstrand comments:
“Let’s kick off the new year with some exclusive stuff! Last year we had an Instagram vote for your favourite album song that we don’t normally play. And the winner was… ‘Running in Menace’ from 2010! So, we decided to include that in our set, but also, we re-recorded the song during a soundcheck in Warsaw and put together a tour video for it.
Hope you all enjoy it!”