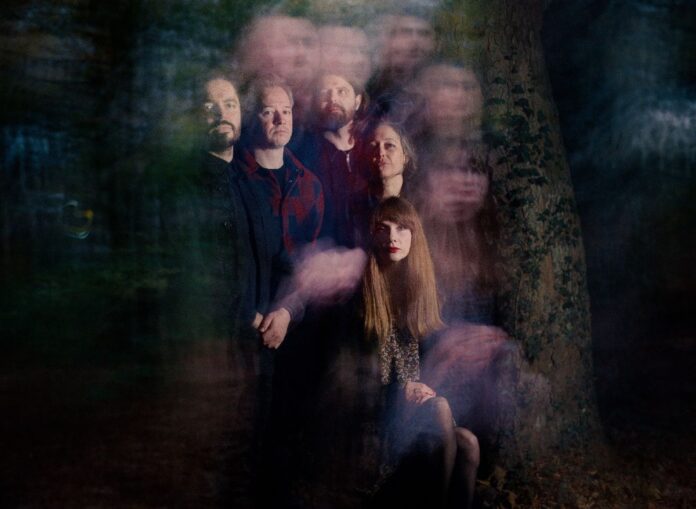 Critically lauded Irish indie-punk group New Pagans have released their excellent new single ‘There We Are John’, from their upcoming second album Making Circles of Our Own (17th February 2023 via Big Scary Monsters).

The rousing single is directly inspired by artist, filmmaker, activist Derek Jarman. Spirited and uplifting, the track is about growing things out of desolate situations and spaces.

In the words of New Pagans‘ bassist Claire Miskimmin: “Derek Jarman was a visionary avant-garde artist & filmmaker, with a career spanning four decades and multiple genres. An important figure in the history of gay culture, he’s been described as the Queer Pagan Punk.”

New Pagans‘ vocalist Lyndsey McDougall continues: “I first encountered the work of Derek Jarman through his coastal garden, Prospect Cottage in Dungeness. When we wrote this song, we had just lost our home and had moved in with my parents (as a result of restrictions around the creative industry during Covid) and my dream of owning a garden seemed further away than ever. Somehow, studying Jarman’s Prospect Cottage garden brought me great serenity and hope. In a place considered so desolate, Jarman created a beautiful, fruitful landscape. This song is about hope.”

The new single is taken from the band’s new album Making Circles of Our Own out 17th February.

New Pagans‘ critically acclaimed debut album, The Seed The Vessel The Roots and All was a self-reflective and self-critical release. Instead, Making Circles of Our Own is more poised, curious and outward-looking, but not without its own moments of angry power. Focusing on the societal limits placed on age and gender, the album is a strong statement of intent from the group, recalling elements of Pixies, PJ Harvey, and Quicksand.

Making Circles of Our Own is New Pagans‘ successor to the globally-lauded debut The Seed, The Vessel, The Roots and All (March 2021, Big Scary Monsters), which received acclaimed from Stereogum, Kerrang!, The Independent, NPR and more, and led to tours with Skunk Anansie and Frank Turner and the Sleeping Souls.

New Pagans will be touring Making Circles of Our Own in March.

Previous article
DRESSER TO KILL
Next article
ENFORCED WITH MENACE