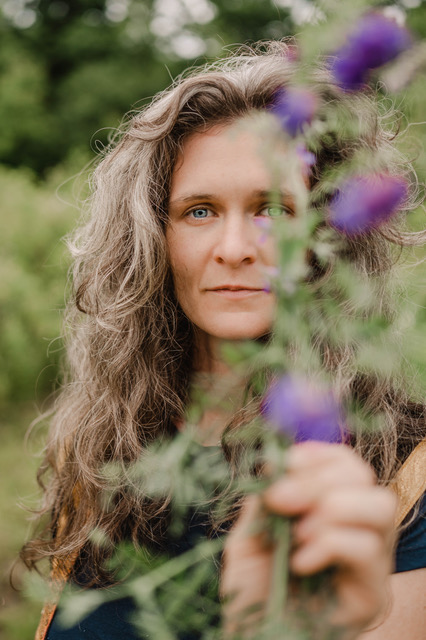 The second single from her upcoming album In Embudo (10th Feb), ‘Dresser Hill’, is a beautifully intimate folk song and features Big Thief singer and close friend Adrianne Lenker on backing vocals. They are joined by Mat Davidson (Big Thief) and James Krivchenia (Twain) who provide the song’s soft instrumentation.

The album’s first single ‘Fire‘ was released back in October, check it out here.

In a log cabin by Moose Brook in Hardwick Massachusetts is where Mary Elizabeth Remington grew up with her parents and brother. She was always a creative soul, painting and making artworks throughout her childhood and eventually graduating from MassArt. She travelled to farms to work the earth, to stone yards to cut stone, and to the rivers and oceans to dig for clay, finding rich meaning and potent metaphor for her stories and songs. In the summer of 2013 Mary spent a week at the Kerrville Folk Festival and sang her songs to an audience for the first time. This adventure turned her on to the idea that she should share her songs.  “The thought of someone humming one of my songs while they are crafting, wandering, or going through a difficult time makes me feel closer to all of humanity” says Remington. “There is a deeply magical and mysterious core to each of us, and when I sing, I connect to this part of myself.”

When her friend Adrianne Lenker of Big Thief heard Mary sing, she insisted that they make an album together. The ensuing recordings were made using full live takes onto a 4-track in a cabin edged up along the Rio Grande in Embudo, New Mexico, hence the album’s title. Lenker joined Remington on vocals and played acoustic guitar, Mat Davidson of Twain added guitar, bass and vocals, whilst Big Thief’s James Krivchenia played percussion and recorded the album.

Here Mary describes the time recording the album “The dry desert air and vast clay coloured landscape brought inspiration and calmness to the process of creating music together.  Each day I would start to sing, the three of them would begin jamming and after a little while James would hit record. We were recording fresh moments, not overworked or overthought.  There were plans to do some overlays, but when we listened to the takes, we all thought, that’s it; leave it just as it is.”

In Embudo will be released on 10th February on classic black vinyl LP, CD and digitally. Pre-order here.