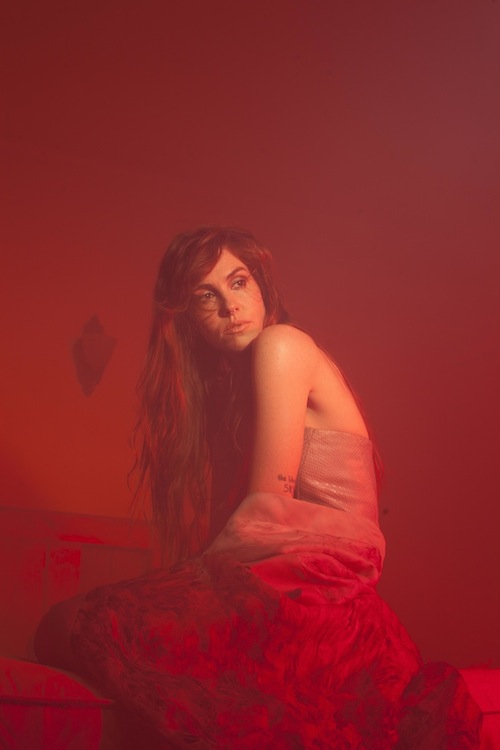 Her band have toured with Alcest and Wovenhand, now she’s going it alone
Emma Ruth Rundle will join legendary Japanese power trio BORIS as direct support for a week of upcoming shows this May in Texas, New Mexico, Arizona, and California immediately following her performance at Stumpfest in Portland on April 23rd. On the shows with Boris she will debut some new music from her upcoming solo album due out later this year on Sargent House.
Since the release of her debut album Some Heavy Ocean in 2014, hailed as “stunning” by the AV Club, “a dynamic, breath-snatching statement of intent” by Pitchfork, and “one of the best records of the year” by Music & Riots, Emma Ruth Rundle has been quite busy.  She’s toured the U.S. most recently with France’s Alcest and did a full European tour as direct support to Wovenhand with her band Marriages, who were supporting the release of their second album Salome.
More news coming soon from Emma Ruth Rundle and Sargent House.  For now, see Emma Ruth Rundle on the road:
EMMA RUTH RUNDLE, ON TOUR:
April 2 3- Portland, OR @ Stumpfest
May 01 – El Paso, TX @ Tricky Falls *
May 02 – Albuquerque, NM @ Sister *
May 03 – Flagstaff, AZ @ Green Room *
May 05 – Oakland, CA @ The New Parish *
May 06 – Fresno, CA @ Strummers *
May 07 – Pomona, CA @ The Glass House *
* w/ BORIS
– top photo by Kristen Cofer