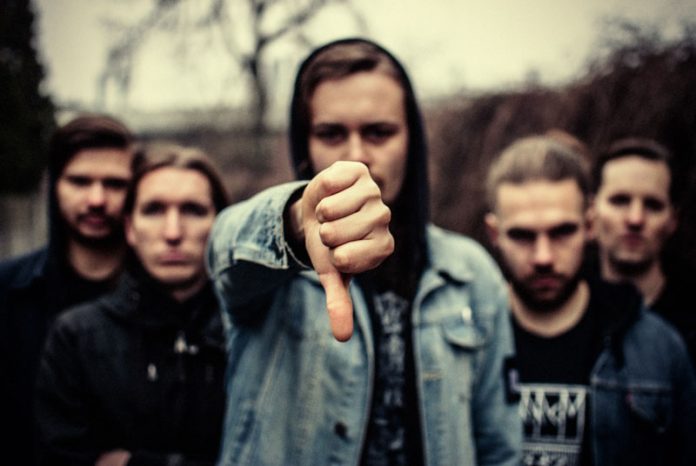 Less than a month before the release date of ‘The Grim Muse’, Polish melodic death metal mavericks In Twilight’s Embrace reveal the title track off their new opus. If you are curious about how the eponymous song manifests itself, you definitely should check it out. The additional quality mark of that one is the mighty Tomas Lindberg (of At the Gates, Disfear) who does the guest singing and once again nails it! The album is now available for pre-order.

Clocking in over 5 minutes, ‘The Grim Muse’ is one of the most unusual songs not only on the third In Twilight’s Embrace full-length, but in the entire discography of the band. Beginning with the initial, dissonant gloom, then falling into the fast paced death metal maelstrom, the piece finally reaches its epic climax.

– This one is not a typical album single and that’s exactly the reason why we went for it. Instead, this track is a constant grower, slowly unfolding its eerie aura. Tomas, who has recently used to sing on top of a somewhat more straightforward stuff, has done a great job in this sombre sonic reality – says Cyprian Łakomy, the vocalist of In Twilight’s Embrace.

Driven by bitterness, disillusion and doubt, ‘The Grim Muse’ is the defining work of In Twilight’s Embrace.  The album comes out on 15th September via Arachnophobia Records and will be available as a classic jewel-case compact disc.