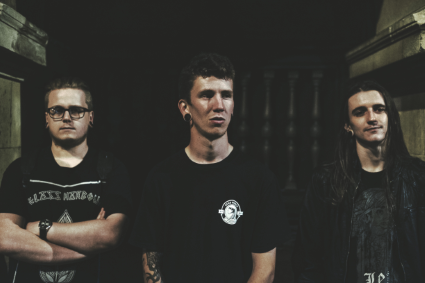 London punk-rockers Eight Days are primed for ascension with their killer new EP More To Life, out in stores on Friday 14th October.

Pulling from a slew of sources, stemming from Norma Jean and Black Peaks through to Blink 182 and Yellowcard, Eight Days spit outbiting and concise hardcore with a sincere and venomous delivery.Eight Days refuse to churn out money-fuelled, over-produced “bubble-gum rock”. Instead theyspit out engaging melodic hardcore infused punk that is authentically gritty.

Although the trio have played together even since their school days, it wasn’t until the end of 2014 that they really stepped it up. At this time, Eight Days laid down their debut EP No Idols at Animal Farm Studios in London, and they also released a music video for the self-titled track viaBlank TV. The band relentlessly toured throughout 2015 in support of the record, and soon after, hit the studio again to put down a new EP. Their sophomore EP, entitled Surrounded By The Ones Who Want Me To Fail, took the threesome to another level. The record gained widespread reviews and mentions from many outlets including Kerrang!, Musically Fresh, Already Heard, Discovered Mag, and New Roots. 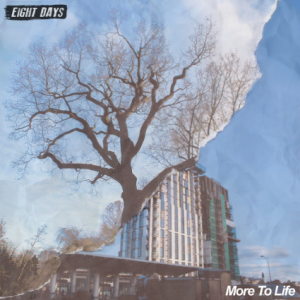 This year, Eight Days will transcend from the underground. The melodic hardcorers have just finished their new EP More To Life and it’s their best work to date. The energetic upstarts have sculpted a record that has captured a raw, honest, and utterly compelling sound, from the explosive opener Was It All Worth It, which springs wildly from the traps beating anyone in earshot into submission, to their new single Unclear, which overcomes you like a fierce bullet train threatening to fly off the tracks. From top to bottom, Eight Days have produced a record that is all together astounding. Open your ears, let this band in, and they will take over your world.