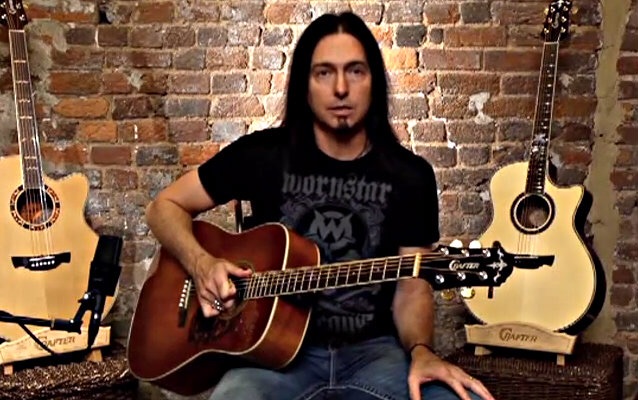 For the first time in his nearly three decade career, Damon Johnson, best known for his work in Black Star Riders, Thin Lizzy and Brother Cane, releases fully realized electric music under his own name as a solo artist.

‘Echo’ features five stellar tracks of music that will further cement his reputation as a quality guitarist, singer, and songwriter.

The songs were recorded over various sessions throughout 2015 (in between his tour schedule with Black Star Riders) and features the talents of longtime friend and drummer Jarred Pope and stellar bass guitarist, Tony Nagy. ‘Echo’ was produced and mixed by Nick Raskulinecz (Alice In Chains, Rush, Foo Fighters, Black Star Riders) at Rock Falcon Studio in Nashville. The physical CD is now available for Pre-order.

All pre-orders (before March 18) will get a signed copy and may request to have it personalized. The link is here: http://www.damonjohnson.com/store/damon-johnson-echo-ep/