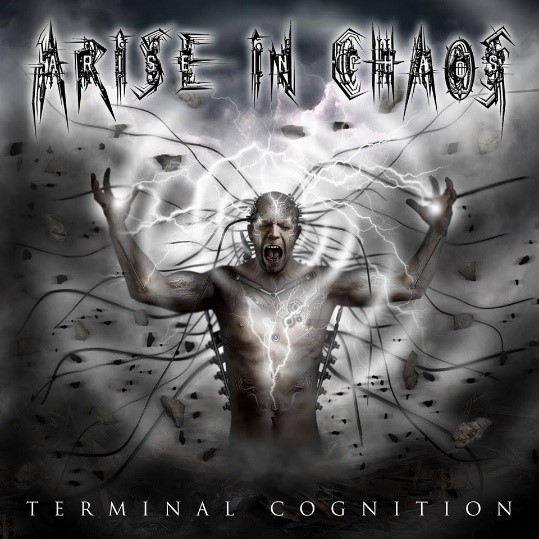 Denver metallers, on Dave JR’s label, release their new one

Denver Metal Merchants ARISE IN CHAOS have launched the preorder for their upcoming LP TERMINAL COGNITION, being released Friday, May 13th on Megadeth Bassist David Ellefson’s EMP Label Group, distributed by eOne. The pre-order is available in several CD and Bundle configurations via empmerch.com. AIC has also released “The Divine”, the first single from Terminal Cognition on Soundcloud, and the video, directed by Wacy John will premiere Thursday 2/25 on bravewords.com.

Since forming in 2010, Arise in Chaos have become a force to be reckoned with in the West Coast Metal scene. Since releasing their 2012 debut Civilization Decay, co-produced by ex-Machine Head/Ill Nino axeman Ahrue Luster, AIC have become one of the go-to Metal acts in Denver, sharing stages with the likes of All That Remains, 3 Inches of Blood, Soulfly, Motionless In White, Cavalera Conspiracy, Death Angel, and many more.

The band tracked Cognition both in Denver, once again with the aid of Ahrue Luster, and at The Platinum Underground in Mesa, AZ with Ellefson. Said guitarist Adam Landreth, “We’re all huge Megadeth fans, and working with David and EMP has been amazing. The record turned out absolutely incredible, and we can’t wait for everyone to get to check it out!”

Vocalist Lei, who oversaw production on the disc, adds, “We tracked some killer stuff with David in Phoenix, and really fine tuned all the details in Denver with Ahrue, and a great team there. Thankfully we’re in a city with some amazing studios, and some amazing World class talent, which allowed us to make a killer record right in our own backyard.”

Introduced to Ellefson via their management, THC Music’s Thom Hazaert, who now runs Ellefson’s EMP label, the pairing almost immediately spawned a great working relationship. Says Ellefson. “When I first started working with Arise in Chaos on this record, the first song we worked on was “The Divine,” and I immediately knew there was something special there, and through that process we’re so excited they ended up on EMP.” He adds, “Now listening to the final product, seeing the video, seeing it all come together, I know these guys are going to make huge waves in the Metal community.”

Ellefson is the bassist of Megadeth, the pioneering thrash Metal group that has sold more than 50 million records Worldwide.