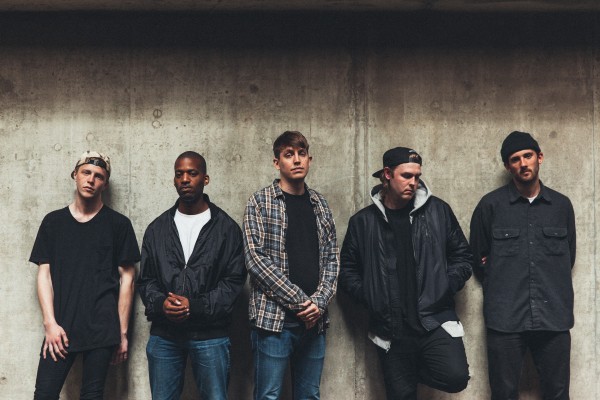 Counting Days return with their blistering new single ‘Die Alone’ which is from their debut album ‘Liberated Sounds’, released on Mascot Records/Mascot Label Group on 16 October.

The video for ‘Die Alone’ gives a taster of the band in action, cutting to the metalcore ferocity juxtaposed with the elegance and tranquillity of the string quartet. As the colossal rage of the rhythm section and guitars combine to create one of the stand out tracks of the year. The throat shredding vocals of Thomas Debaere howls “time stops for no man, the grip of deaths hand, closer and closer…no one wants to die alone, but what’s the choice in this life we roam?” as the hardcore voice of Alex Dench screams through “Death is coming!”

Talking about the track Charlie Wilson says; “This is the song I feel sums our band up the most, it fuses together all of our influences perfectly and it is my favourite Counting Days track so far. Massive shout out to Ian Cooper in Sydney, Australia for helping me with the string arrangement and the Parallax Orchestra for their performance in the music video, hopefully we’ll get to do it live some day soon.”

You can download ‘Die Alone’ as a free download here. To celebrate the release of ‘Liberated Sounds’, they will be playing a free entry album launch show at London’s metal hotbed The Black Hearton Wednesday 14th October.

The response to the album has already been met with a wave of praise with Daniel P Carter proclaiming them “Crushing”, Rock Sound said they do metal better than “pretty much everyone out there” whilst Metal Hammer and Kerrang have been highlighting the electrifying album and their intense prowess. The album was produced by Fredrik Nordstrom (At The Gates, Arch Enemy, In Flames, Opeth, Architects, Bring Me the Horizon) at his legendary Studio Fredman in Gothenburg, Sweden.

As the beating heart and song-writing partnership in TRC, Charlie Wilson (Guitar) along with Lasselle Lewis (Drums) began broadening and pushing their boundaries as Charlie explains; “I had some songs that I had been writing that didn’t quite fit with the band so I sent them over to Lasselle to see what he thought and he was blown away and totally into it.”

The band started to cement with the addition of former Heights frontman Thomas Debaere, whose throat shredding growl earmarked him as one of the new generation of formidable British metal vocalist. Bobby Daniels (Guitar) of Last Witness soon followed and the final piece was added during a TRC tour with South London noise-terrorists Rough Hands, where frontman Alex Dench was then recruited for bass and vocal duties.

The time spent in the studio with Nordstrom afforded them the chance to collaborate with one of their biggest influences in Tomas Lindberg of At The Gates who provided vocals on the newly recorded version of ‘Sands of Time’. Clearly won over Lindberg states; “I got contacted through the guys at Fredman studios, I know these guys pretty well, and trusted their judgement in checking this UK band out that were recording there. I was hit by the great mix of old school hardcore and crude death metal tone of the song. Did I want to come down and throw down some vocals? Hell yes! Turned out the vocals that I was going to use as a guide track were super ferocious and ass kicking, so that really fired me up to deliver on the highest level. These guys were super professional and I am sure that they will go far. I can´t wait to check out the full album when it´s out!”

Liberated Sounds will be released on Mascot Records/Mascot Label Group on 16th October 2015.