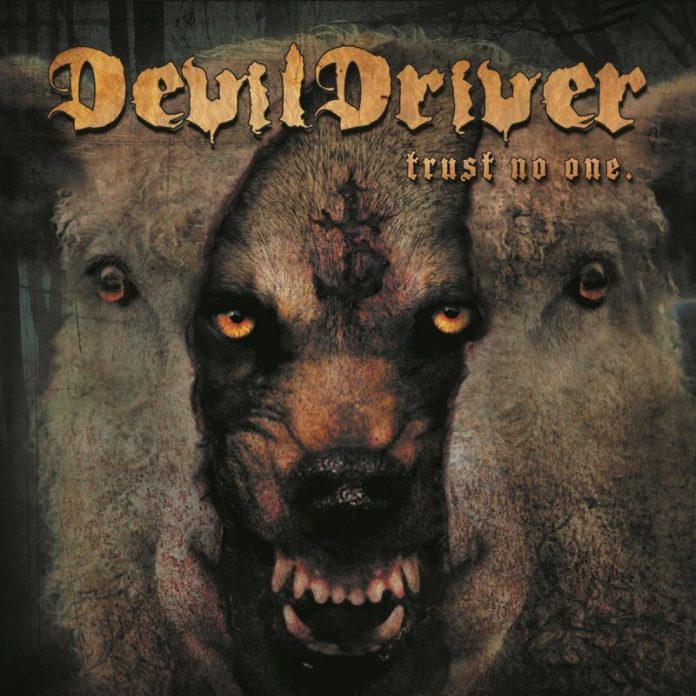 California’s groove metal juggernauts, DevilDriver, have premiered their savage new single, “Daybreak,” today a Loudwire.com. The song is the first released track from the band’s upcoming, 7th studio album, Trust No One, that’s due out on May 13th from Napalm Records. Fans can pre-order the record now at http://www.devildriver.com/.

“This song is about not fearing the unknown, and never giving up in life no matter what life throws at you, learning to hold your head high through even the darkest of times.” – Dez Fafara

““Daybreak” is the first song that our new guitarist Neal (Tiemann) brought to the table early in the writing process. He had a great deal of tunes to show me when he first joined the band. After listening to all of them, “Daybreak” was the first one that I felt deserved a place on the record.” – Mike Spreitzer

DevilDriver will kick off their Trust No One world tour in April, which will include dates with Hatebreed, The Devil You Know and Act of Defiance and performances at Rocklahoma and River City Rockfest. General tickets and VIP packages are on sale now at http://www.devildriver.com/.

Previous article
Are They Evil….?
Next article
Moonspell Extinct, But Found On Tour