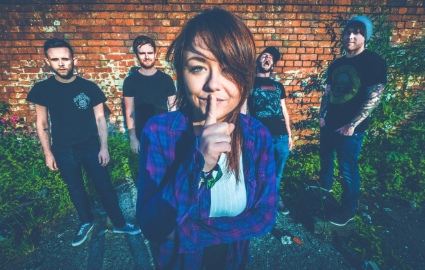 Sparking glowing comparisons to Emarosa and A Day To Remember, Dream State strike you with hard hitting vocals, powerful guitars, and earnest emotion. The five-some are picking up a plethora of new fans on a daily basis, and many are labelling the energetic combo ‘as one of the breakthrough bands of 2015’.

Formed at the end of 2014 in South Wales, and featuring the impressive collective talents of Charlotte-Jayne Gilpin (lead vocals), Aled Evans (lead guitar), Sam Harrison-Little (rhythm guitar / backing vocals), Danny Rayer (bass guitar) and Jamie Lee (drums), Dream State are already taking flight. The band have released their first single “Burn Them Down’ earlier this year, and it has already chocked up over 10k views in the last six months and was premiered by Blank TV. The alt-rockers have also racked up supports with The Dirty Youth and Fearless Vampire Killers, and other tours are currently in the works. 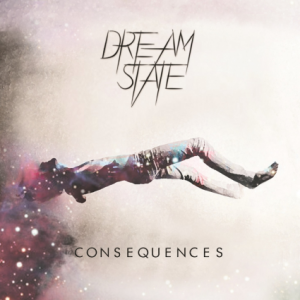 The post-hardcorers prise open the envelope with the launch of their captivating debut EP ‘Consequences’. The record offers five slabs of hardcore fused alt-rock and draws influence from a slew of areas from ‘A Day To Remember’ and ‘Alexisonfire’, through to fellow South Wales heroes ‘Funeral For A Friend’ and ‘Bullet For My Valentine’. ‘Consequences’ soars in superb fashion with the opener ‘Burden’ which batters a stunning refrain and woven guitar lines deep into your head. Their previous single ‘Burn Them Down’ is next up, and it highlights the band’s agile use of devastating dynamics and alluring edgy riffs. ‘Try Again’ utilises a nifty bass groove which again shows the quintet’s desire to experiment and diversify. ‘Relentless’ and the explosive forthcoming single ‘Rebuild, Recreate’ only further drive home the band’s message to colossal effect; Dream State have arrived — catch the rising rockers now before they explode.

| DREAM STATE RELEASE ‘CONSEQUENCES’ ON FRIDAY 20thNOVEMBER THROUGH ALL STORES |