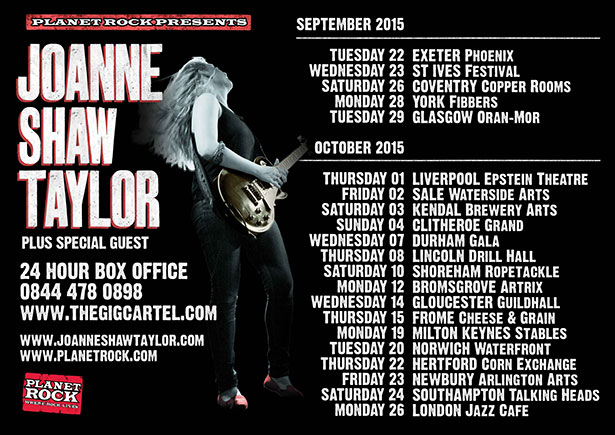 Classic Rock give away her single, plus Federal Charm announced as tour support

Celebrated British blues rock guitarist and singer-songwriter, Joanne Shaw Taylor is proud to announce that blues rock group Federal Charm will be special guest on her autumn 2015 UK tour. To celebrate the news, Classic Rock is offering a free download of Joanne’s new single “Wicked Soul” via their official website from this link – http://bit.ly/1J7cPyj

The Federal Charm news follows the recent announcement that a second concert at the Bromsgrove Artrix on Tuesday October 13 has been added to Joanne’sautumn UK tour.  Tickets for tour are available from 0844 478 0898, or book online from The Gig Cartel.