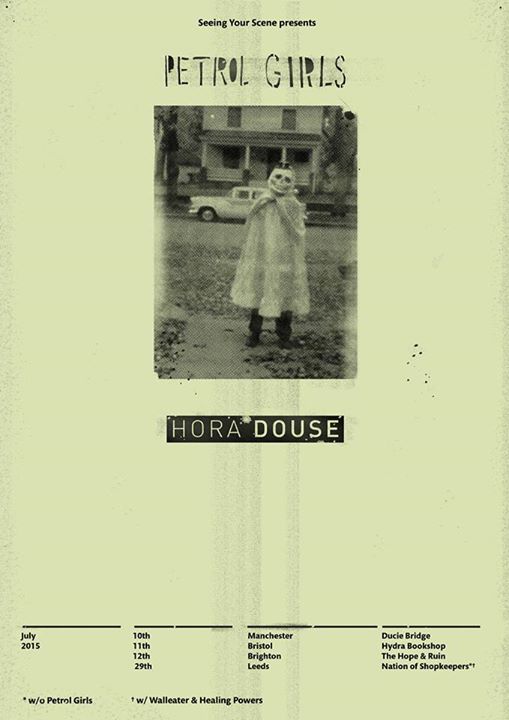 “Crash” will be released physically on Monday 13th July as a strictly limited run of 31 cassette tapes (including free digital download and exclusive bonus track) – following the sold out self-released run of handmade CDs. The tracks are also available via the usual digital outlets – iTunes, 7Digital, Spotify and the rest. It can be preordered here.

Last October saw the digital self-release of their EP “Crash”. It caused quite a stir: between shows with Milk Teeth, Hindsights, Womps (previously Algernon Doll) and The So So Glos, glowing reviews from blogs all over, the limited self-released CDs with handmade sleeves sold out in no time and left everyone clamouring for more.

Crash is an ambitious three-track rush that delivers on the promise their initial EP had teased. The songs are refined, bombastic and straight-to-the-point. Each song stands on its own and demonstrates the bands’ diverse influences: from the hardcore and grunge-tinged outburst of “Bored” that recalls Reuben’s furiousness, to the poignant and ethereal power of “Speak” that wouldn’t be amiss amongst “emo revival” playlists, the certain factor that binds these songs are the undeniable hooks that demands the listeners’ attention.

To coincide with that release, the band are embarking on the first “SEEING YOUR SCENE presents” tour in July across the UK, supporting the incredible Petrol Girls. The dates are as follows (tour poster is below, too!):