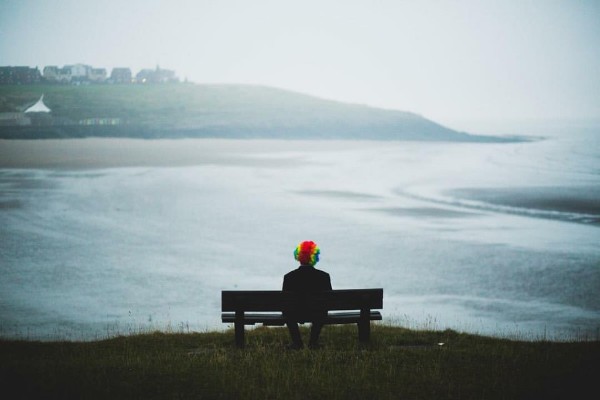 Welshman back with single

Cardiff musician Jon Greenwood, aka The Doublecross is pleased to reveal the music video for his latest single ‘Fireworks and Butterflies’.

The track is taken from his upcoming album ‘Keep Bleeding’ which is due to be released on October 7th via Boss Tuneage, Aahhh Real Records, Tiny Little Creatures and No Panic Records.

Produced and directed by film maker, Chris Chucas, the video sees front man Jon dressed as a clown as he wonders around Barry Island in the early hours of the morning:

“The main theme is one of self doubt, but the video suggest there may be a sprinkle of hope in there somewhere. Chris dressed me as a clown and we wondered around Barry Island which was made famous by the TV show, Gavin and Stacey. It was fun, but I’ll never do anything like it again. We caught a few dog walkers and joggers by surprise, for sure!” explained Jon.