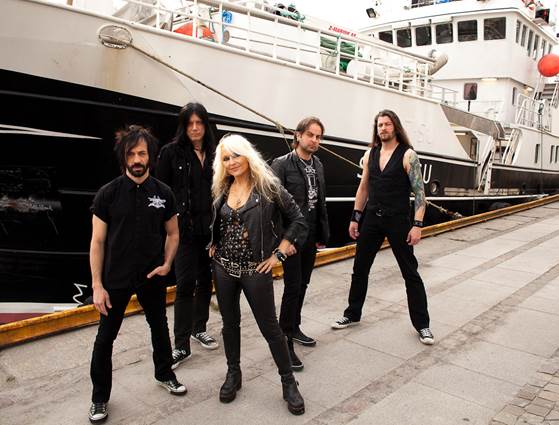 Following her upcoming North American tour, Doro Pesch will be presented with the renowned Metal Goddess award at the Vegas Rocks! Hair Metal Awards 2016 in the USA on May 15th. But before receiving this prestigious award, Dorowill release a brand new single ‘Love’s Gone To Hell’ on April 1st via Nuclear Blast. The new single impressively cements exactly why Doro owns her worldwide status as the Queen of Rock and Metal!

With ‘Love’s Gone To Hell’, Doro has created another outstanding power ballad which doesn’t only gleam with a great piano intro, heavy guitars and a fantastic melody; but also with tons of emotion and a chorus which captures your ears and your heart from the word go.

As to be expected for such a special song, Doro has recorded a visually stunning music video for ‘Love’s Gone To Hell’. Filmed in superior locations such as the Renaissance Palace Bückeburg (Lower Saxony, Germany), Doro showcases herself in the video’s production in some incredibly impressive scenes in a way you’ve never seen her before. This is a video not to be missed!

Doro states:
“‘Love’s Gone To Hell’ is a magical song, a big anthem – and for myself it’s on the same level as the all-time favourites‘All We Are’, ‘Love Me In Black’ and ‘Für Immer’.”

‘Love’s Gone To Hell’ will be released digitally on April 1st.

The track delivers a great insight into Doro’s long-anticipated DVD called ‘30 Years DORO – Strong & Proud’, which will be released in June 2016 via Nuclear Blast. The DVD will feature the Doro anniversary shows in Wacken and Düsseldorf, including spectacular tracking shots and pure sonic perfection. Additionally, the DVD will contain a ton of terrific and previously unreleased bonus material.

This year Doro will be touring extensively once again, stay tuned for more details. 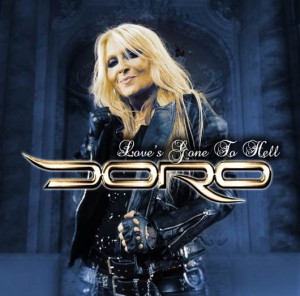 After forming the band Warlock, Doro managed to secure a record deal and tour with legends such as Judas Priest,Ozzy Osbourne, Bon Jovi, Metallica, Scorpions, Megadeth and W.A.S.P. She was the first woman to play at theMonsters Of Rock Festival and became a pioneer for the whole genre. Her solo albums carry on that spirit, not least on her 17th studio album ‘Raise Your Fist’ which was released in 2012. The following year saw the ‘Queen of Rock and Metal’ receive the ‘Legend’ Award at the Metal Hammer ‘Golden Gods’, this was followed by a celebratory show that August at Wacken Open Air in front of 80,000 fans!

Previous article
Worth The Weight
Next article
Up Periscope For Nekrogoblin