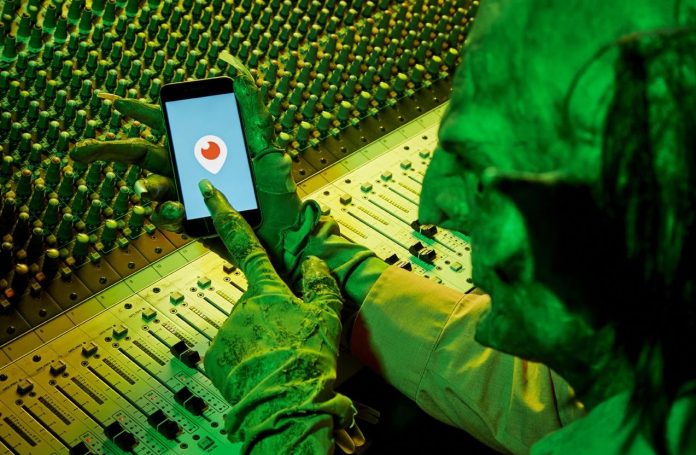 Fans can now log into Periscope and interact with a live stream by following @Nekrogoblikon or #GoblinMix. User comments on the live-stream will instantly move the motorised volume faders on the goblin’s mixing desk, controlling the volume for each of the eight tracks on the song. The ‘flying faders’ will move in real time in the studio, allowing fans to watch their actions have a live physical effect on the music.

Nekrogoblikon’s goblin, John Goblikon, will be joined in the mix by Nekrogoblikon vocalist, Scorpion, who will provide a live commentary on the quality of the fans’ mixing decisions.

Viewers will be mixing the Nekrogoblikon song We Need A Gimmick https://youtu.be/1Q3ub1SUYfg from the 2015 album Heavy Meta.

“In the pantheon of the greats there’s Leonardo da Vinci, Einstein and now…finally, Nekrogoblikon. We’ll be attempting to set the world record for mixing. For all time. Forever.” Scorpion, Nekrogoblikon

“This is a global social media first. A goblin has never previously hacked a live-streaming platform to allow music fans to mix a death metal song.” Nick Hearne, Creative Director

“Mixing can be dangerous. I mixed cool ranch and nacho cheese Doritos once and I got sick. I hope this mix doesn’t make me s**t my pants.” John Goblikon, Nekrogoblikon

“Periscope is a platform in its infancy. Expect to see many more creative uses for Periscope in the future. As usual, goblins are leading the charge in technological innovation.” Nick Hearne, Creative Director