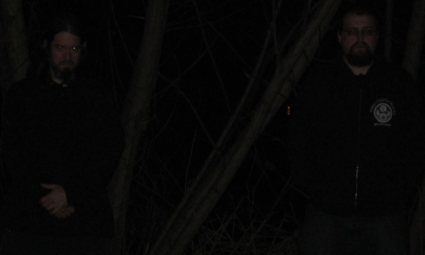 Good news and bad news. It might be this black metal band’s last album. But you can buy it on a name your price deal on Bandcamp!

Progressive dark metal entity Shroud of Despondency has released what will stand as its final album. After an acclaimed and diverse discography that saw the band touch upon many ends of the metal spectrum, the band has written its final chapter, Family Tomb. Founder and mastermind Rory Heikkila comments:

“Family Tomb is the final album by Shroud of Despondency. It was recorded on shit equipment and was treated very much as a DIY affair. I recorded the on a desk top computer using one mic, one 2-channel mixer and very old recording programs. It was not mastered. All clipping, distortion, and otherwise “offensive” recording practices were kept. Without intending offense to anyone previously involved in the recording and/or writing process, as a great deal of pride is felt concerning the work of the last five years, I decided that this album just needed to be raw, dark, and imperfect. It needed to be unarguably a Black Metal album and it needed to do away with certain other elements that had crept in over the years. Death metal, progressive metal, and acoustic folk music were largely forsaken because black metal is still probably the most emotive form of music a person with my disposition can create. Shroud of Despondency started many years ago with this idea in mind, this spirit of individualism and solitude and I needed it to end this way as well. This album is centered on suffering and will.”

The album is available as a name-your-price download at shroudofdespondency.bandcamp.com