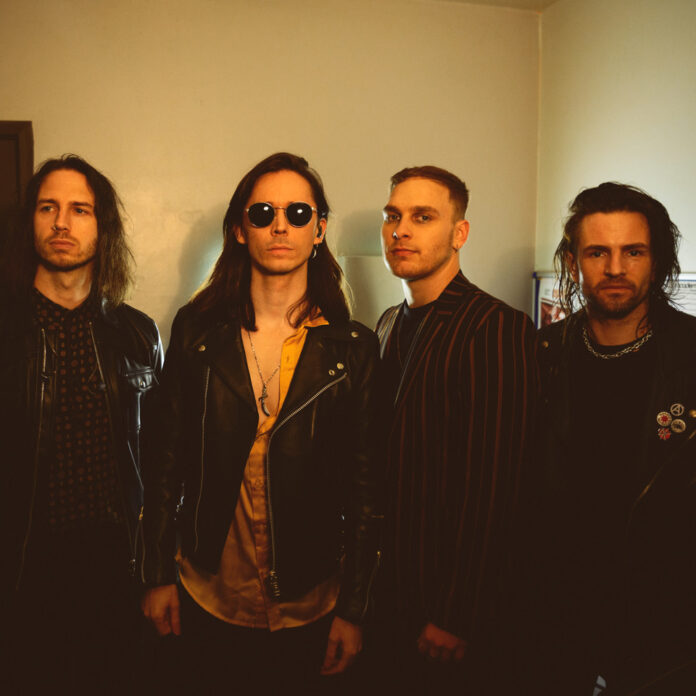 Hot off the back of their second time supporting The Pretty Reckless on their recent UK and EU tour, British four-piece THE CRUEL KNIVES have shared a new music video for their single ‘Overdose’.

On the new video, guitarist Sid Glover states:
“‘Overdose’ was a real highlight on the recent The Pretty Reckless and The Cruel Knives tour. I can’t wait to drop it into the headline set at The Black Heart in London next February.”

THE CRUEL KNIVES are a British rock band consisting of vocalist Tom Harris, guitarist Sid Glover, bassist Rob Ellershaw and drummer Al Junior. The band released their debut EP Side One in 2017. The follow-up Side Two landed in 2019 and featured the lead single ‘Hollow People’, which received over 1 million streams.

In 2021 the band released the stand alone single ‘The Life That We Made’ and, most recently in Autumn 2022, saw them release their brand new single, ‘Overdose’. Fresh off the back of a sold out European tour with The Pretty Reckless the band announced a London headline show that will happen on 24th February 2023 at The Black Heart.