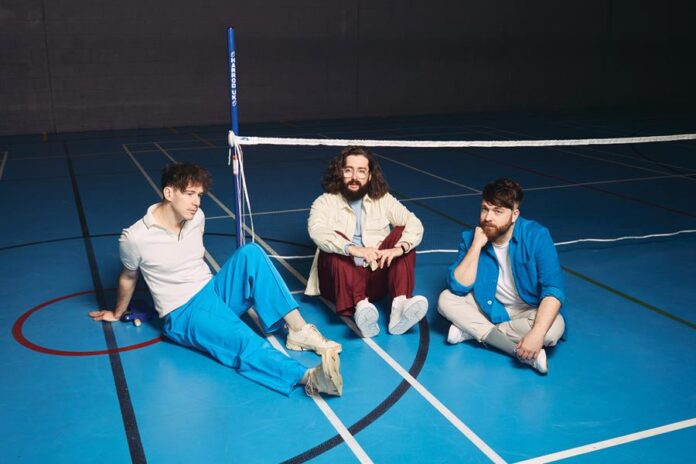 Speaking on the single, Leighton says, “Dive is a song about taking chances and diving into a relationship head first. You never know if it’s going to work unless you dive in with both feet. And even if it doesn’t work out you know that you gave it all you had.”

The stunning accompanying visual sees the band and members of the public mesmerised by a cult-like figure. Speaking on the video, drummer Greg Walkinshaw says: “Dive tells the story about of a cult of personality in rural Scotland. Fatherson are taken in by a charismatic and devote themselves entirely to “The King”. But be careful what you wish for, things are not always as they seem…”

“Dive” is out now – stream HERE

The track follows the release of a poignant live session video for the track “Honest To God“, which was released at the turn of the year and featured a a highly emotive and intimate performance of the track from frontman Ross Leighton, showcasing forlorn piano lines and a truly powerful vocal performance.

Both tracks are taken from Fatherson’s first album in three years, “Normal Fears“, which sees the band return, but not as you know them. The album (out 25th Feb via Easy Life Records) is a lush lesson in letting go. Gorgeous, groove-led singalongs steeped in electronics find the band in a playful mode, putting break-ups, old ways of working and everyday worries behind them to start afresh, sunny side up.