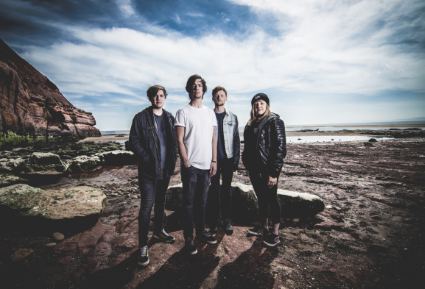 Encouraged by a glut of luminaries stemming from Rise Against, Rage Against the Machine and Architects, through to the likes of Cancer Bats, While She Sleeps, August Burns Red and Rise to Remain, Seconds Alive can soundly be placed within the bracket of Metalcore. However, upon listening to the rising quartet, it’s evident that they have so much more in their locker. Reared in 2014, the Devonshire based metallers unleash frantic, pummelling breakdowns against fleet-footed verses, and in doing so, mix together metal, hardcore, punk and a touch of ethereality all into a blender set to top speed. With a deft ability to cleverly manoeuvre groove and mood, and with a potent delivery of technical aggression, Seconds Alive are certainly ahead of the pack.

During the past eighteen months, the South West crew have steadily made waves throughout the UK scene. Along the way, they have shared stages with Idiom, I Divide, and Heck (formerly Baby Godzilla), as well as gracing many stages from Penzance all the way to Glasgow. 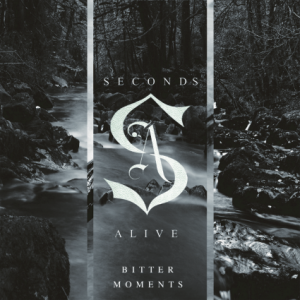 The foursome now press on with their new EP ‘Bitter Moments’. This record is a product of the band’s determination, originality and unstoppable work ethic. ‘Bitter Moments’ instantly kicks off with the barbarous techy attack of ‘Red Blood’, and as the EP continues to unfold you are quickly engulfed by the quartet’s earnest passion and belief. Their new single ‘Drawing The Line’ clearly showcases the band’s diversity and craft. While their past single ‘Upon Yourself’ is a superb slab of emotive metal. By the time the closer, ‘Jenna’, comes over you, you are left in no doubt that the four-piece have the hunger, tunes and rage to be one of the chosen bands to break from the shackles of the underground this year.