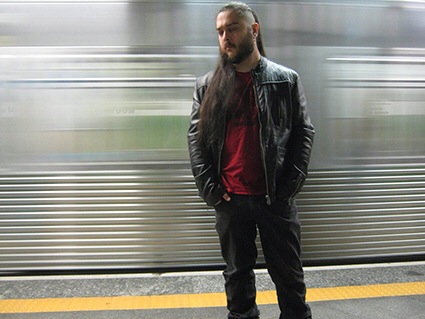 We promised you details of the Black metallers new album. Here they are

“Pictures of the Void” brings four blasting hymns that condense many musical influences into an original slab of Black Metal music. The EP was written and recorded at Black Void Studio with Diogo C. performing the mixing and mastering duties for the first time, setting a new sonic signature for the band. Cover art and tracklisting can be seen below. “Pictures of the Void” is DESPOT’s first release since their 2013 acclaimed LP “Satan in the Death Row” and the band’s first recorded output as a two piece.

Belo Horizonte’s suffocating juxtaposition of greys is where the band had its humble beginnings. As a one-man-band formed by Marcelo Murrer DESPOT released 3 demos and its debut album “Satan in the the Row”. Diogo Borges joined the band in 2015, taking over the roles of percussionist and producer.

“Pictures of the Void” is now available for download and/or streaming from the band’s bandcamp page as well as a variety of digital music sources such as Amazon, Google Play Music, iTunes and more