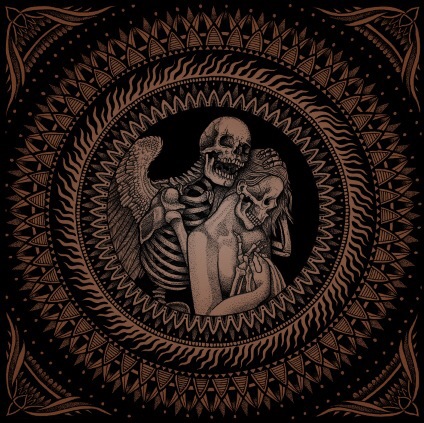 Oxford’s stoner kings in waiting reveal their other side

One of the promo shots that came with this album depicts Desert Storm in a greenhouse where what appears to be a lot of weed is growing. Just in case you were in any doubt, track two on “Omniscient” is a frankly massive groover, called “Queen Reefer.” So far, so stoner.

Those who have seen DS, though, and those who know their ridiculously good 2013 record “Horizontal Life” was, know that – like Orange Goblin and Clutch – there is a little bit more going on here.

It’s a fact the band acknowledge themselves, saying they wanted to mix things up and make a more interesting record. To do that, they enlisted the help of Jamie Dodd to produce the thing. Dodd was the man who twiddled the knobs on Goblin’s “Eulogy For The Damned” tour-de-force a few years ago, so comes with a pedigree.

To start with it’s filthy, dirty groovy rock. Short, sharp opener “Outlander” is a real headbanger, “Horizon” is a masterclass in slow, deliberate metal with singer Matt Cole finding the bottom end of his range with ease. The affect here is not to dissimilar to that of listening to a man gargling with razorblades. “Sway Of The Tides,” is no less epic in its intent and brilliantly conceived.

All of which gives you the impression that you are listening to a conventional stoner rock album. An incredible one, but a conventional nonetheless. Then it happens. At “Omniscient’s” halfway point the band make good on their promise to go off in a different direction – and my how they pull the damn thing off!

“Home” is a psychedelic, acoustic ballad. Warm and lilting, you can almost imagine the chilled out scene as it was played, but if that’s a great song, then Desert Storm aren’t anywhere near done. What follows is the dirty funk of “House of Salvation.” Let’s be honest, it sounds like Clutch. But since when is that a problem? It’s a quite magnificent song. They follow this up with “Night Bus Blues,” this one has echoes of not just Clutch but a kind of ZZ Top boogie.

So how the hell do you follow those three? The answer is bloody well, with “Bandwagon,” which is almost a hymn to the music they play, “We are the people with one common language,” sings Cole at one point in its chorus.

“Omniscient” needs to finish on a high, and of course it does, “Collapse Of The Bison Lung” is as mighty as the beast it takes it’s name from and brings things to a fitting conclusion.

At times this record sounds like an invite to the best party you’ve never been to, at others it is is an exercise in filth and fury. Whichever way it goes, though, it is almost perfect.

“Omniscient” deserves to be all seeing, and all conquering, because godammit, it’s all brilliant.