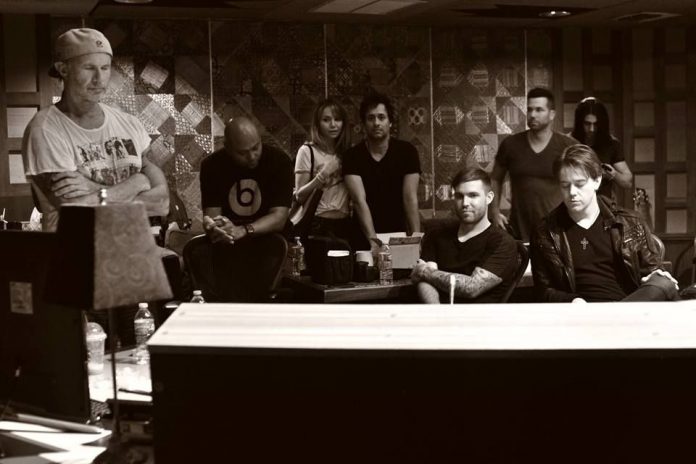 Rock and Roll Hall of Fame member Chad Smith (Red Hot Chili Peppers, Chickenfoot) will make a special appearance on two new Screaming At Demons singles “Our Time” and “All Of Me” (release date to be determined).

Chris Clemence, the bassist of Screaming At Demons, had previously performed with Chad at several shows and they became friends, so when he reached out to Chad and asked him to play on the new upcoming singles, Chad quickly agreed.

When describing what it was like to work with Chad Smith, Chris said “Chad is a legend and phenomenal powerhouse of a drummer. We are beyond honored to have him play on our two new upcoming singles. His feel and groove have brought our songs to a new level. We are so lucky to have him as well as an all star team working on our music.”

Screaming At Demons recently released their song “Rockstar” along with the powerful video behind it to the masses at a Red Carpet event on October 6th. Since the release the band has been gaining the attention of fans and press alike.

The band is in its early stages of recording their new record, which will be mixed by 5 time Grammy award winner Chris Lord-Alge. When asked about working with Screaming At Demons Lord-Alge stated, “A new level of excitement is coming from these boys and they are giving back to people in need and making music that instantly makes you wanna be a part of it!”

For more information about Screaming at Demons please visit: