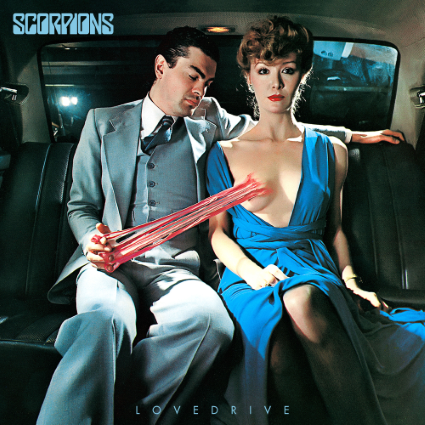 LOVEDRIVE heralded the beginning or a new era. After the band’s first Japan tour, Uli Jon Roth left the Scorpions to start his solo project Electric Sun. His successor was Matthias Jabs, a young guitar player from the group’s hometown Hannover. In the studio, the band was also joined by Michael Schenker, who had just left UFO. He contributed the lead guitar to “Lovedrive”, “Coast to Coast” – one of the very few  instrumentals the Scorpions have recorded – and “Another Piece of Meat”.

The album was therefore recorded with three outstanding guitar players and the result was truly astonishing.  The album was the first to feature all the hallmarks of classic Scorpions-recordings: An almost perfect mixture of beautiful ballads, great song writing, hard and aggressive riffs and powerful grooves that would be their unique contribution to rock music for many years to come. Songs such as the romantic ballad “Holiday” or the guitar driven, heavy stomping instrumental “Coast to Coast” are still crowd favourites and regular parts of their live sets.

LOVEDRIVE was the first Scorpions album to enter the Billboard 200, topping out at No. 55, making it the most successful album so far and a harbinger of even greater things to come. It  featured yet another great, though also controversial, cover, designed by Storm Thorgerson  from the London based design company Hipgnosis.

To celebrate their 50th band anniversary, the Scorpions are releasing a CD/DVD Deluxe Edition of LOVEDRIVE. The high quality Digipack includes the newly remastered original album tracks and some very special bonus tracks, the unreleased unique demo-versions of “Cause I Love You” and “Holiday”.

The DVD is packed with exciting live-clips from their second Japan tour in 1979 and also includes an exclusive 45-minutes interview in which the musicians talk in great detail about the making of LOVEDRIVE.

An extensive 16 page booklet rounds the package off. It features liner notes written by Edgar Klüsener, a former editor of Germany’s Metal Hammer, as well as rare photos and single covers, images of backstage passes and tour posters.