DELAIN ON THE HUNT 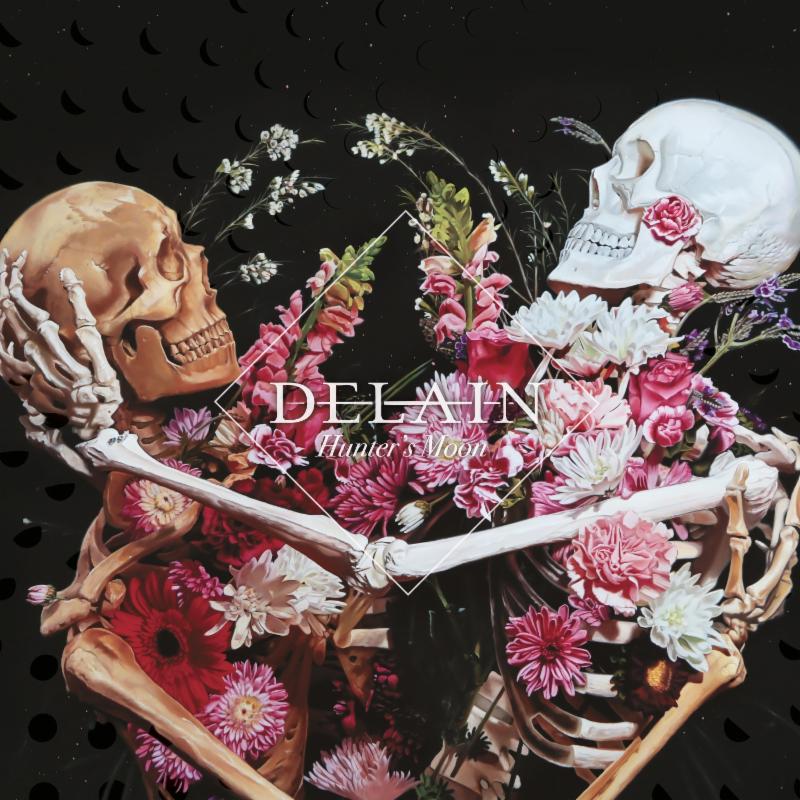 With artwork (shown above) from Cam Rackam, the track list includes:
Brand New Studio Tracks:
1. Masters Of Destiny
2. Hunter’s Moon
3. This Silence Is Mine
4. Art Kills
Live From Utrecht:
5. Hands Of Gold – Live (feat. George Oosthoek)
6. Danse Macabre – Live
7. Scarlet – Live
8. Your Body Is A Battleground – Live (feat. Marco Hietala)
9. Nothing Left – Live (feat. Marco Hietala)
10. Control The Storm – Live (feat. Marco Hietala)
11. Sing To Me – Live (feat. Marco Hietala)
12. Not Enough – Live
13. Scandal – Live (feat. Marco Hietala)
14. The Gathering – Live (feat. Marco Hietala)
‘Hunter’s Moon’ is available in the following formats:
DELAIN about the four new studio tracks:
“Along with the live Blu-Ray are four new studio tracks. Two of these offer a preview of what we are working on for our new full length studio album, which we expect to release in 2019. “Masters of Destiny” is a dramatic, cinematic track, that we’re excited to shoot an equally dramatic video for this week. The title track “Hunter’s Moon” has more of a catchy feel and will hopefully appeal to our fans featuring heavy riffs, orchestrations, a large chorus and as a novel feature, Timo’s screams. Our guitarists stepped to the forefront on this release, in writing “This Silence is Mine” (Timo Somers) and “Art Kills” (Merel Bechtold). With fond live memories, classic and new sounds we’re excited to present Hunter’s Moon to the world!”
Marco Hietala (Nightwish) about the ‘Danse Macabre’ Tour:
”I was really pleased to do the tour, because it gave me a chance to challenge myself in different surroundings and band dynamics. In the end it comes down to the same old but great thing. I love doing good shows with good people for good audiences. All for one and one for all!”
DELAIN about the live Blu-ray:
“The Moonbathers tour has been a hell of a ride and the “Danse Macabre” shows were an absolute highlight. We are excited to share the footage of our show at Tivoli Vredenburg with you on this brand new Blu-Ray. It was great to finally perform all of our collaborations with Marco live, something our fans have been asking for for such a long time! Also gracing the stage were George Oosthoek who gave his signature sound to “Hands Of Gold”, and Elianne Anemaat who adorned “Scarlet” with her beautiful cello tones. The Tivoli show had such an amazing atmosphere and was one of the highlights of our career. Plus a home match for some of us! We are thrilled to have this Blu-Ray as a physical souvenir of the night and we hope that our fans will enjoy it as much as we did.”
PRE-ORDER ‘HUNTER’S MOON’ HERE
Previous article
SOILWORK SET OUT THEIR STAL
Next article
SOMETHING NEW-TON