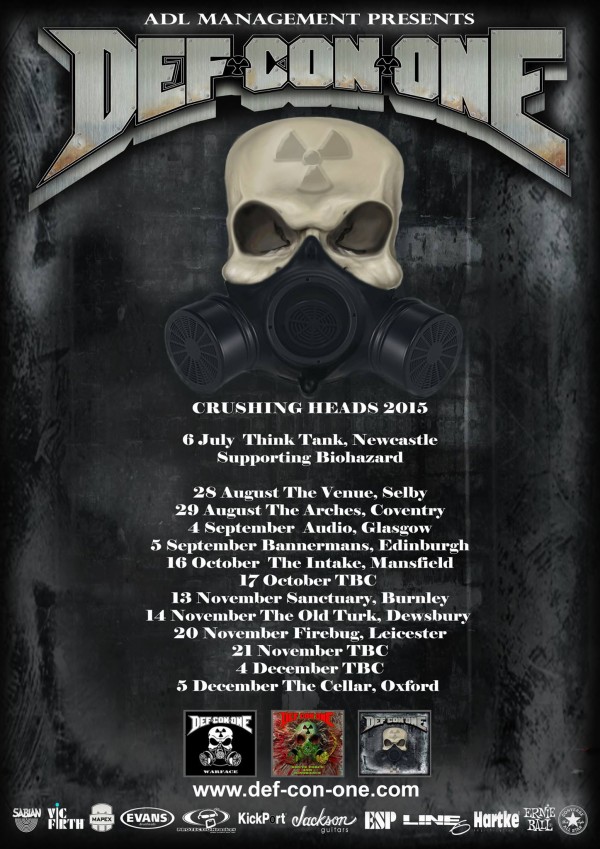 And it includes a Hammerfest show
British metal band Def Con One, have announced yet more shows, with more dates to be confirmed shortly.
The first show is supporting Biohazard at Think Tank?, Newcastle – head to the Def Con One website for more details.
They are superb live, as MV found out recently. Click here for our review

Def Con One are one of the first bands to be confirmed for Hammerfest VIII in 2016 – short promo video here:

The band are currently writing material for their third album, but in the meantime here’s some stuff from another record:
Links:
Website: www.def-con-one.com
Facebook: www.facebook.com/defcononehq