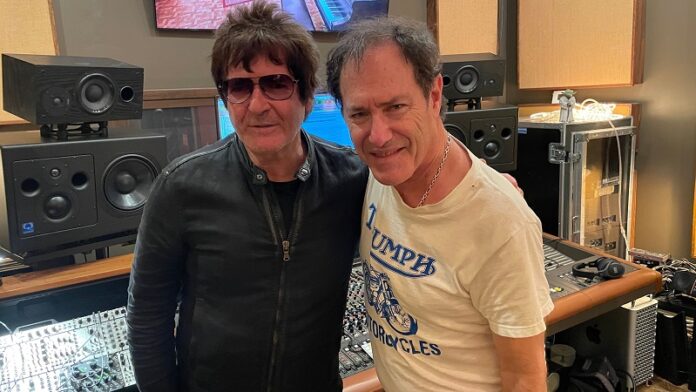 Tony Fox Sales: “The Lust For Life album as a piece of work itself meant so much to me. To work with David and Iggy in Berlin was the highlight of my career at that point. It was a very creative and inspiring project to work on. It’s been fun for me to revisit ‘Success’ and re-record it with Clem and the others. I’m forty-five years older. I put a different bass track on it and I’m very proud of our new version. It moves. It’s going to be a lot of fun to perform it live. I hope you come and see us. Everybody’s pumped to do this.”

Vocalist, Katie Puckrik, adds: “Out of all the great songs on Lust for Life, ‘Success’ has a tangy little hold on my heart, which is why I wanted it as the single for our project. The glammy swagger of the tune is so damn cocky, but it’s the wit of the lyrics that tickles my pickle. After a tally of the winner’s spoils (a car, a Chinese rug), the line “here comes my face” cracks me up every time I sing it. It’s braggadocio meets neediness, the perfect distillation of the fame game.”

“It was a blast to perform this wry, sly song along with Tony Fox Sales’ thundering, musical bass, Clem Burke’s rhythms-within-rhythms drumming, and Kevin Armstrong’s soaring/slashing guitar. So thanks to some of the coolest musicians in the world—here comes my face.”

The single is available from 16th December on all the main digital platforms.

The same line-up will be touring next year, with a full UK tour alongside dates in Ireland and Japan. On the tour, the band will perform the Lust For Life album in full, as well as revisiting songs from across the individual band members’ careers with legendary artists such as Blondie and David Bowie.

Looking forward to the tour, Tony adds: “I’m very excited to get back on the road. I haven’t been on the road since I last toured with David Bowie and Tin Machine in 1991, but I’ve been a professional musician since I was twelve years old and I’m looking forward to it. It’s going to be a lot of fun.”

The full 2023 tour dates are as follows:

All tickets available via: https://tonyfoxsalestour.com/