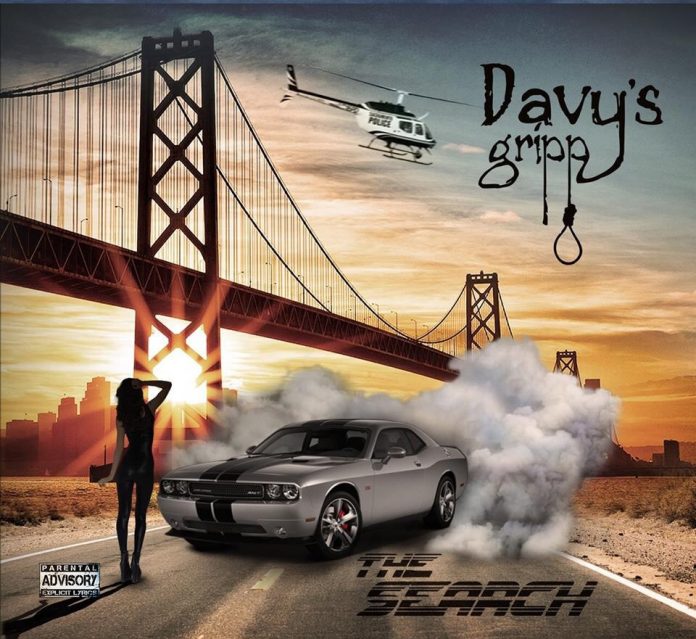 Looking for one of British Rock’s most exuberant releases of 2014? The search is over.

Those of a certain age will remember, as MVM does, when Def Leppard released “Hysteria” in the middle of the 1980’s. It was important then, it sold by the bucketload, it’s still great now, but what it never had, ever, was the raw energy of the band’s early releases.

Raw energy and exuberance – the desire to rock, rock till you drop if you will – isn’t something you can manufacture, it’s either in a record, it’s in a group, or it isn’t. “Appetite For Destruction” had it. So did “Earth Vs The Wildhearts” and you better believe that “The Search” has it in spades.

This five tracker from Chichester five piece Davy’s Gripp charges out of the starting blocks like Usian Bolt on acid with its title track, and scampers around like an excited puppy for the duration, hell it would even hump our leg if we’d let it. It may be house trained, we are not sure.

Packing more hooks than a fishing trip into every song isn’t easy to manage, but that’s exactly what Davy’s Gripp do, particularly on “State Of Mind.” With its glorious, infectious enthusiasm it is perhaps the best thing here, lyrically it deals with confusion, but you are too swept up in its maelstrom to care.

Elsewhere there is a enormous, giant power ballad. “Me, Myself And I” begins with a bluesy solo from Chris Kanter, and clocks in at over seven minutes of the type of stuff that Bon Jovi, Aerosmith and Joe Elliot’s aforementioned mates used to routinely bother stadiums with in the last century: “I’m doing the best that I can/just trying to be a better man” sings Richie Martin, and the track makes good on its intentions superbly.

“Overrated” follows, and if you thought what had gone before was catchy, then blimey, this thing comes with a health warning. It’s chorus fights it’s way in and won’t leave, reminiscent of Heaven’s Basement at their very best, it is a fine sing-a-long moment, before the record closes with “Pressure.” Darker in feel, but still wrapped up in a feelgood riff, it is another supreme slice of hard rock.

Davy’s Gripp have succeeded in their desire to resurrect the Arena Rock feel. Totally unashamedly, they have developed a sound as big as their ambitions. They know what they want and they won’t let go until they get there, and with “The Search” they will surely find what they are looking for.