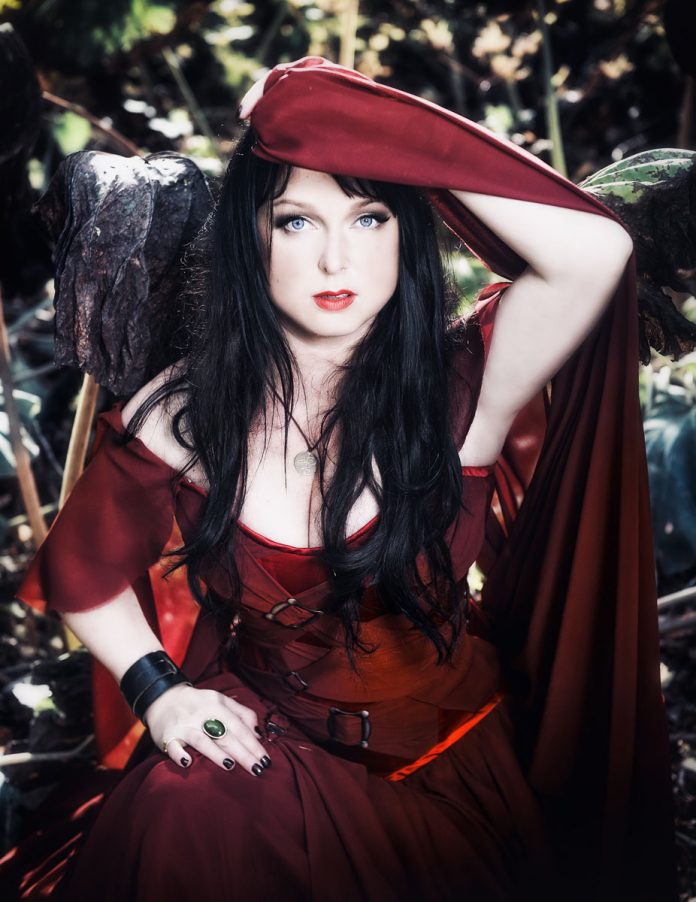 The cinematic metal project DARK SARAH just released a new music video and digital single for the track “Light In You”. “Light In You” is a duet with Heidi Parviainen [ex. Amberian Dawn] and Tony Kakko [Sonata Arctica] and the video was shot in a beautiful winter landscape in the deep forests of Finland.

Link to the video:

“Light In You” comes off the upcoming DARK SARAH debut album “Behind The Black Veil” that will be released on May 8th in Europe and on May 12th in North America through Inner Wound Recordings.

DARK SARAH is the new project from Heidi Parviainen [ex. Amberian Dawn]. The debut album called “Behind the Black Veil” leads you through the psychological adventure of Sarah, who is hovering between her two personalities. Dark Sarah’s music combines metal, film music and theatrical elements. Sarah’s thoughts are at best depicted in the dialogues (duets) with the guests – “The Fate”: Manuela Kraller (ex Xandria), “The Queen of No Good”: Inga Scharf (Van Canto) and “The Moon”: Tony Kakko (Sonata Arctica).