It sounds like “New Model Army jamming with The Levellers” they say. We say: it does, it really does.

Nottingham’s FEROCIOUS DOG have just released their new single “Slow Motion Suicide”.
It’s “working class hero’s anthem which sounds like the love child of New Model Army and The Levellers” according to Chris Straw from Bauer Radio.
We’d add a bit of Billy Bragg in there too. See what you think.
They played Glastonbury this year and one of the guitarists is Fruitbat AKA Les Carter – who did rather well in his previous band, Carter the Unstoppable Sex Machine.
They are out on tour this autumn. 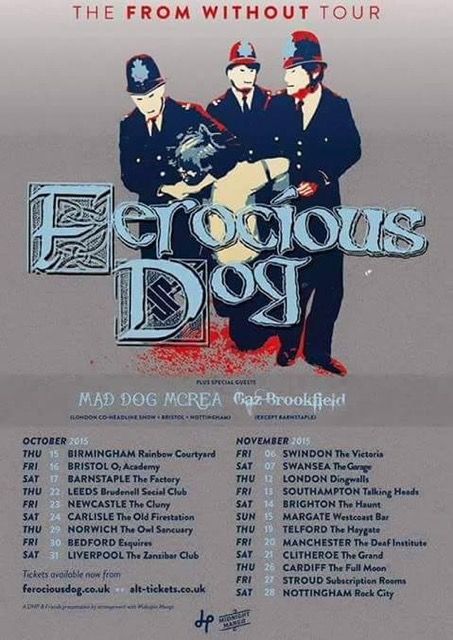