Damn Me! Thrashers Have A New One Out 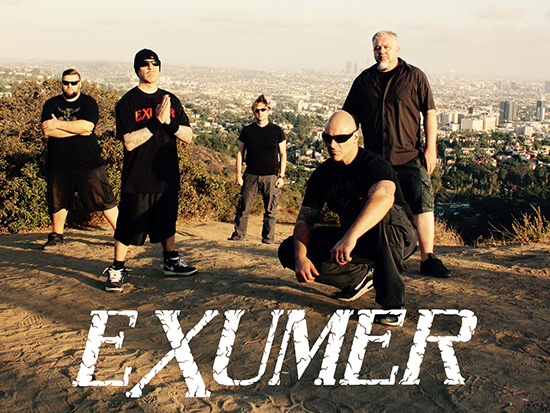 You’d never call them prolific, but they are starting to move again

German thrash masters EXUMER will enter the studio in Dortmund/Germany on October 19th, to record the follow up for “Fire & Damnation“, which was released worldwide via Metal Blade Records in 2012.

The band will once again team up with producer Waldemar Sorychta (Sodom, Moonspell, Grip Inc., Tiamat etc.), who had produced the band’s comeback album in 2011.

Vocalist Mem V. Stein comments: “We take our time to record/release our records in order to deliver the most exciting and quality products for our fans. We are fortunate enough that Metal Blade gives us the space, time and freedom we need to write the album we believe will advance the band the most. Having Waldemar back with us in the studio to produce the new record is such a huge plus, since he did a fantastic job on the last production. Anyone who liked our two records from the 1980s or our last album will not be disappointed with this new one as it delivers our signature brand of fast and aggressive thrash metal.”

EXUMER‘s new album is set to be released via Metal Blade Records in early 2016, and marks the 4th output in the band’s 30 year history. Title, artwork and bonus material for the 10 track strong album will soon be released. The album will be released in time for the upcoming European tour! Please make sure to spread the dates through your channels!