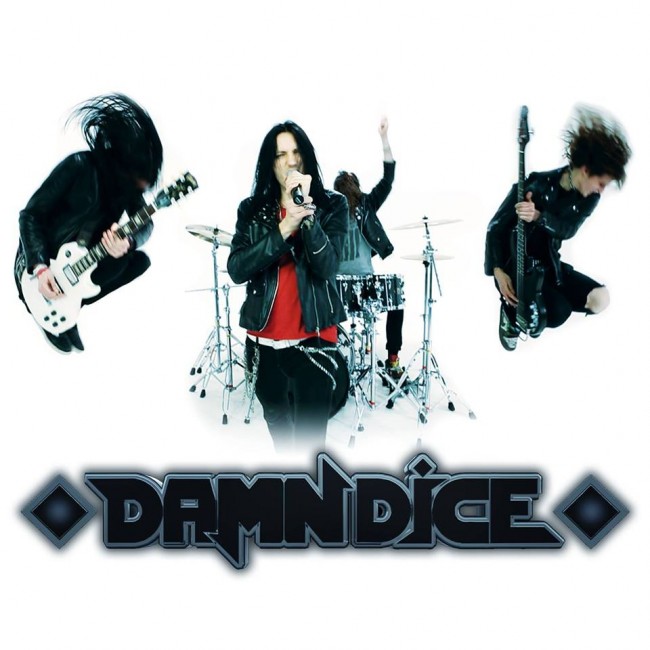 The other day we carried their single. Here’s the news on Damn Dice’s album

With their high energy blend of Hard Rock and Metal, DAMN DICE unveil their high octane debut album to the world this summer.

Together since 2011, DAMN DICE started with a flurry of live shows, including a UK and European tour supporting LA Guns. During 2012 and 2013 the band continued playing a number of profile headline shows and released their 6 track EP whose sound was described by Classic Rock AOR magazine as being ‘like a punch in the balls from a spiked glove’.

Their video clip for ‘Take The Fight’ received rotation on Scuzz TV and the band have appeared in
various publications including Classic Rock AOR, Music Week, Powerplay and Black Velvet, as well as tracks from the EP having radio airplay.

Damn Dice now return with their blistering new album ‘The Great Unknown’,
which contains twelve slabs of hard hitting rock and metal. From the explosive beatings of the aptly named ‘Power’, to the anthemic guile of their past single ‘What Now?’, the colossal drive of ‘The Way To Go’, and the contagious vigour of their current video ‘Take The Fight’, the album is destined to pull in an army of new followers. With a hefty touring schedule planned for the rest of the year, big things lie ahead for Damn Dice.