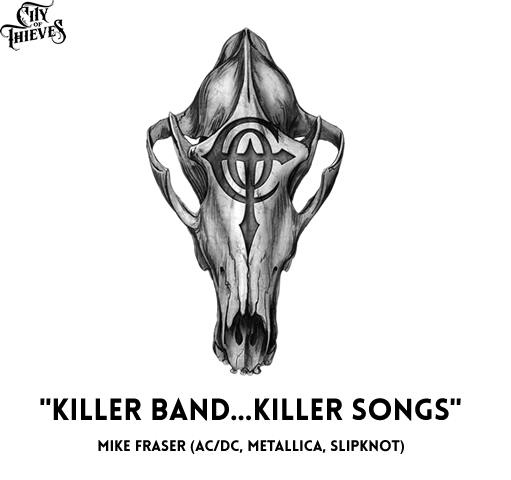 Produced by Toby Jepson, lauded by Mike Fraser, this hotly tipped band could be huge
City Of Thieves have just released their debut single, INCINERATOR’.
For fans of hard/heavy rock – this is being said to be the real deal! No frills, no messin’ about….this lead track oozes HUGE grooves, riffs, melodies and HOOKS that pack a hell of a punch!
Formed from the ashes of London favourites FOUR WHEEL DRIVE – City Of Thieves take the essence of rock to another level, smashing the limits and are set to be a major force on the UK rock scene.

Produced by Toby Jepson? (Toseland, The Answer, The VirginMarys) mixed by Mike Fraser (AC/DC, Metallica, Slipknot) and mastered by Simon Wilson (Kodaline, Kaiser Chiefs, Primal Scream) ‘Incinerator’ brings together a team of collective talent and is the first taste of something special.

With a debut EP to be announced and live shows in the works, there’s lots of news to come from City Of Thieves…for now sit back, just push play and TURN IT UP!
Official Website: www.cityofthieves.london