DAMAIN OVER FOR BILLIONS OF DATES (WELL, TWO) 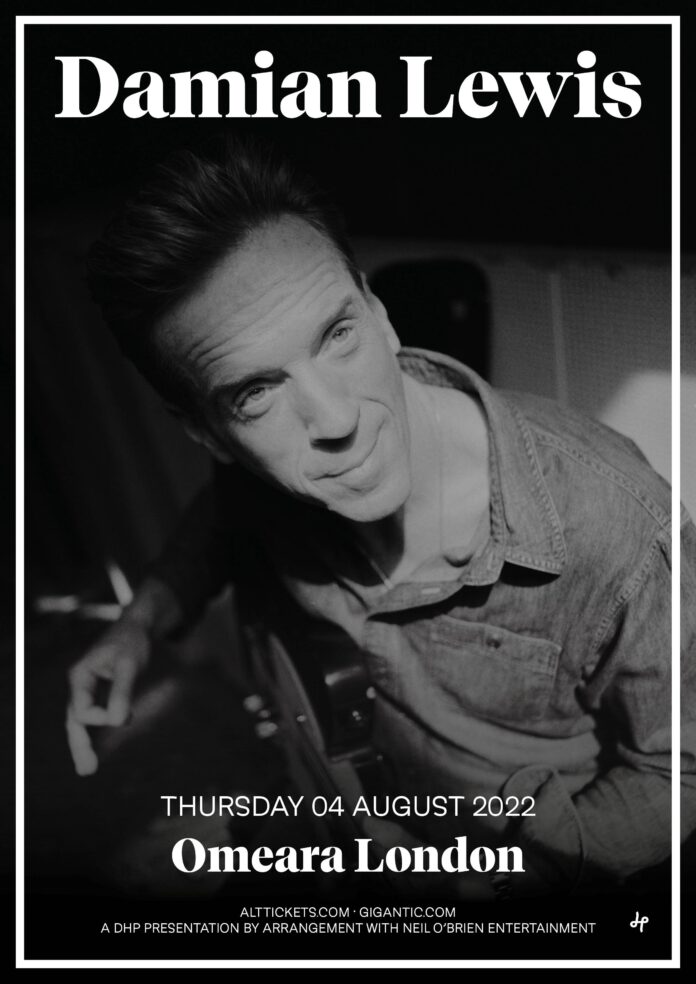 British actor Damian Lewis has announced he is to play two UK live dates next month, with his debut album to be released early next year.

The Homeland and Billions star will play an intimate warm-up date at London’s Omeara venue on Thursday, 4th August, before performing at Wilderness Festival in Oxfordshire on Sunday, 7th August.

Lewis has played the classical guitar since he was 13 years-old. Quickly though, suspecting that he might be the “Second Elvis” he graduated to the steel string acoustic, so that he could sing Elvis in the mirror without fear of interruption.

Busking in London through his early twenties, the rent money started coming in from acting and the guitar was parked up as a hobby until the time lockdown gave back.

Meeting with various London-based musicians, including Giacomo Smith, Lewis wrote songs and found himself in the recording studio cutting the tracks that will be released on his as-yet-untitled debut album in the New Year.

Ahead of his live dates, Lewis said, “I’m looking forward to getting out there and playing the songs I’ve written and been recording for my debut album. Be good to be back on stage, this time with a guitar in my hand.”

Tickets for Damian Lewis’ live date at Omeara are on sale now, available from: www.omearalondon.com