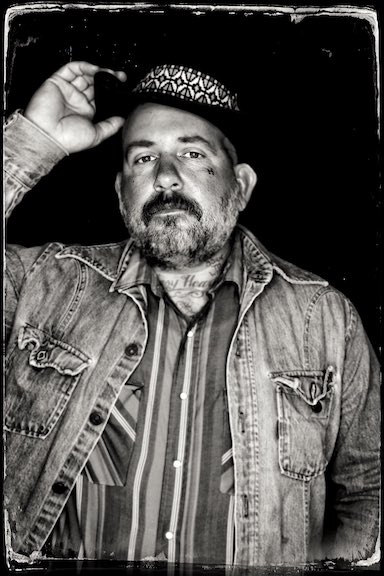 This video of “Rodeo” was recorded live at The Southgate House Revival in Newport, KY on October 8, 2021 at Jeremy Pinnell’s album release show for Goodbye L.A., his third studio album on SofaBurn Records.

Jeremy and Arlo McKinley have built a strong working friendship together over years, and Jeremy will be opening for a handful of Arlo’s upcoming July shows in support of Arlo’s forthcoming studio album, This Mess We’re In, out July 15th via Oh Boy Records.

Arlo and Jeremy originally played in a group called The Great Depression in the early 2000s to critical acclaim, but disbanded before a formal record release.  When the two play together, it’s common for them to do a few of these songs.

Jeremy was also the singer in the acclaimed group The Light Wires, who had a self-titled album released in 2003.  Arlo was featured on many of the songs on this LP (The Light Wires Double Vinyl available via SofaBurn). In addition, Arlo was also featured on several tunes on JP’s 2014 debut solo album OH/KY, including the original studio version of “Rodeo.”

Jeremy & Arlo’s live version of “Rodeo” is out today as a single on digital and streaming platforms. Click here to purchase stream.

[additonal dates to be announced]