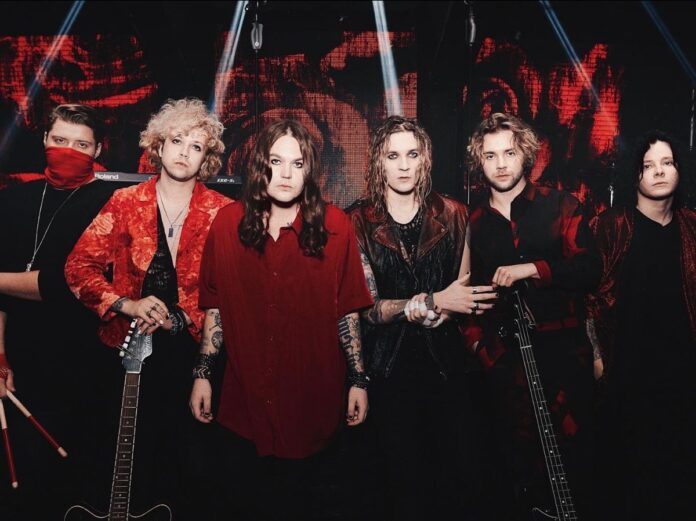 Finnish post-hardcore ‘violent pop’ collective Blind Channel have released a new alternative video for their latest single ‘Bad Idea’, taken from the forthcoming album Lifestyles Of The Sick & Dangerous out July 8th via Century Media Records. The album is available to pre-order here.

The new alternative video captures the band performing to screaming fans onstage, while behind the scenes they are haunted by inner demons and face them head on. Blind Channel released the anthemic rock song earlier this year, the official video has achieved over half a million streams, while the track has been streamed over 2 million times on Spotify alone.

Speaking about the new track the band say, “‘Bad Idea’ is a serenade of self-pity and an unsuccessful apology. In the lyrics, we’re getting personal and digging deeper than ever. The song came to life many years ago, when relationships ended in a very ugly manner and all you could think of was: “well I warned you.”

Lifestyles Of The Sick & Dangerous is the band’s fourth studio album and also features previously released multi-million streamed singles including ‘Dark Side’, ‘Balboa’ and ‘We Are No Saints’.

Regarding the album the band say, “This album is a memento of the toughest, yet the best couple of years in our lives. We captured the ups and downs, ranging from the point of breaking down to finally blowing up. We wouldn’t change a note. Come witness the Lifestyles Of The Sick & Dangerous.”

Blind Channel have spent 2022 carving an unstoppable path with their astounding live shows and new music. Following a US run with From Ashes To New earlier this year, the band are currently on the road with Electric Callboy across Europe. Blind Channel have been announced for a number of high profile festivals in their homeland this summer before returning to the UK in September for a headline tour. Full Blind Channel tour dates and tickets can be found at blindchannelofficial.com