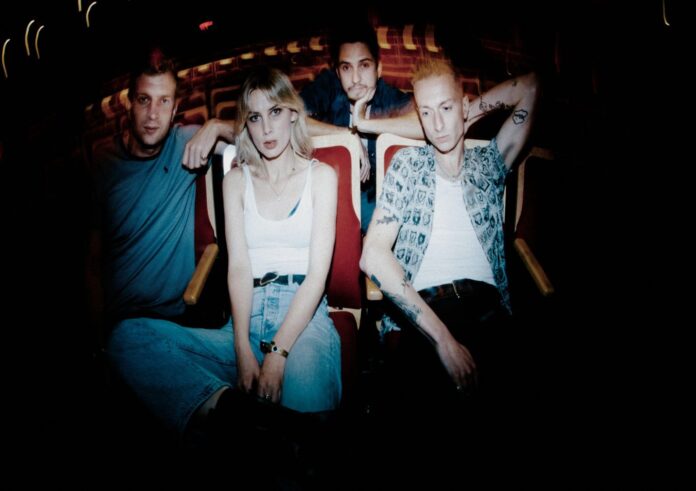 WOLF ALICE have announced the BLUE LULLABY EP, lullaby versions of selected songs from their UK #1 and Mercury Prize nominated third album Blue Weekend. The EP, which features stripped down versions of songs from the album, will be released on 24 June. The first track from the EP, a stunning piano and choir version of THE LAST MAN ON EARTH, is available now. Listen HERE

Talking about the EP, Ellie Rowsell says: “Blue Lullaby came about because we wanted to strip down some of our more emotional songs from Blue Weekend and see if they hit any differently. We also had a nice moment during the Blue Weekend campaign singing one of our songs with a choir and we wanted to experience that again with a few other songs, especially as there are a lot of harmonies and a lot of vocal layering on Blue Weekend. Hearing multiple voices singing together is an unparalleled feeling for me, so I’m happy we got to record this experience and I hope people enjoy it”.

In addition to the BLUE LULLABY version of the song, the band recently performed a full band version of THE LAST MAN ON EARTH with a choir and strings on The Tonight Show Starring Jimmy Fallon, which you can watch HERE

The band are set to embark on a support tour with Harry Styles on select dates in Europe throughout June and July, as well as playing various festivals in Europe across the summer. Full details at: https://wolfalice.co.uk/#tour

Wolf Alice are ELLIE ROWSELL (vocals and guitar) JOFF ODDIE (guitar and vocals) THEO ELLIS (bass) and JOEL AMEY (drums and vocals). It has been a decade since the band began as a duo of Ellie and Joff, later expanding to a four-piece with Joel and Theo joining the group. Since then, the band have seen their 2015 debut album MY LOVE IS COOL soar to #2 on the UK charts; their sophomore album VISIONS OF A LIFE win the 2018 Hyundai Mercury Prize; and receive a GRAMMY nomination for Best Rock Performance. Wolf Alice are also one of a small handful of artists to be nominated for the Mercury Prize for each album they have released. Blue Weekend continued the band’s stretch of success by debuting at #1 on the UK charts on release and winning the Brit Award for Best Group earlier this year.

Previous article
STEP ON
Next article
CROSS THE CHANNEL