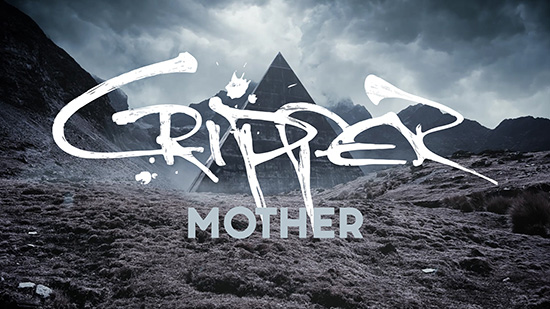 The band has now launched the 3rd and final single taken from that album which is ‘Mother’! ‘Mother’ is being premiered as a full production video, make sure to check it out right away at:

Comments CRIPPER on the video: “Choosing the 3rd single from “Follow Me: Kill!” was very easy for us. ‘Mother’ marks one of the album’s backbones but can also stand on its own. The song speaks its own distinct, gloomy and heavy language, which we transported into the video. The result is a dark and very personal piece that visually translates ‘Mother’. Within the context of the previous singles ‘Pressure’ and ‘Into The Fire’, this one gives you a hint at the full spectrum of ‘Follow Me; Kill!’.”

Next up surf over to metalblade.com/cripper to check out the first single from ‘Follow Me: Kill!’ which is the album opener ‘Pressure’ and the full video for the 2nd single ‘Into The Fire’! Have a look at the pre-order section, you can purchase ‘Follow Me: Kill!’ in the following formats:

‘Follow Me: Kill!’ is CRIPPER’s fifth album and it adds fresh, exciting elements into their music. Still, the band never forgets where they come from and stay true to themselves within the frames of musical progression. The result is an effort that maintains the heaviness and groove the band is known for, while also containing atmospheric parts, capably realised and granting diversity.