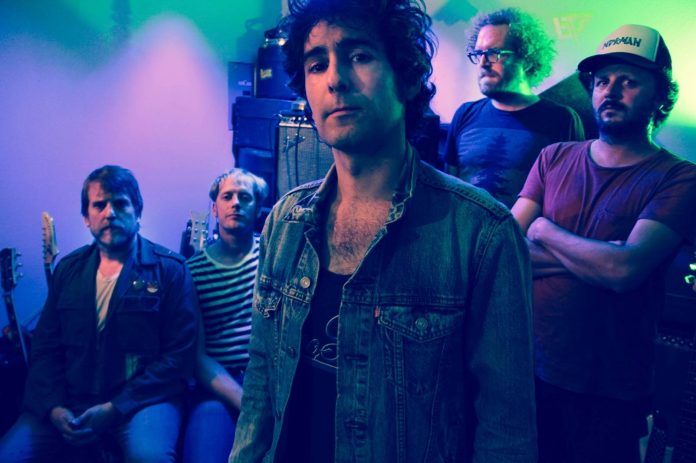 Earlier this year, the Portland, OR-based Blitzen Trapper accomplished a unique feat for a rock band who has been releasing albums and touring for the better part of two decades: a staged musical titled Wild & Reckless that ran for 28 performances at Portland Center Stage.

Today, the band is announcing a new album of the same title that was born from the stage production and as a companion to their 2008 breakthrough album Furr.

“‘Rebel’ is a song about a guy who for the love of a girl follows in his father’s footsteps only to find it to be a scam,” explains principal and frontman Eric Earley. “After several tries at the American dream he ends up selling cocaine to blue bloods in the Hollywood hills. Something of a lost Raymond Carver story with shambling near-country soundtrack.”

The album Wild & Reckless was born from the stage production that the band spent the better part of a year producing. The half musical, half rock-opera dealt with heroin abuse, desperation, true love and western power structures. The story evoked a bygone era of Portland with this sci-fi love story, featuring a rock-and-roll score that paired unreleased songs with favorites from the band’s catalog.

Following the success of the production, the band took 7 original songs from the production and developed the theme further into the 12 songs that comprise the new album Wild & Reckless.

Frontman Eric Earley also sees the record as a companion and extension of their 2008 album Furr. “Wild and Reckless” is something like a cross-eyed stepchild to Furr, in that it chronicles the darker dystopian stories of rural and suburban west coast death-drive via a riffing psychedelic landscape. Ten years after Furr with all its talk of murder and the end of the western world, it seems there’s more to tell.”

Wild and Reckless will be released in Europe on British indie label Lojinx. Out on heavyweight vinyl LP, CD & digital on 3rdNovember.