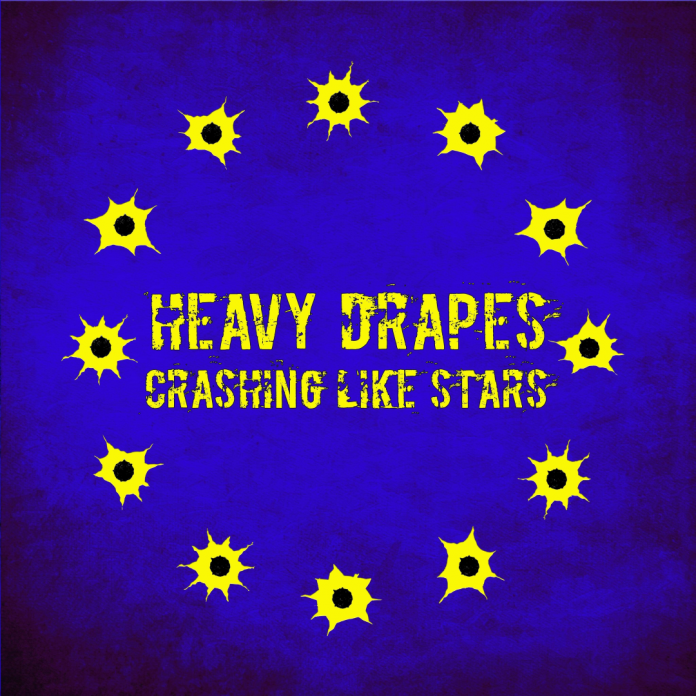 At last, the most anticipated punk rock record of the last few years is finally out.

Heavy Drapes were the brightest burning meteorites in the U.K. punk scene; a band that soared from playing to twenty odd people in Bathgate in Scotland to the main stage of Rebellion, the biggest punk festival in the world in little over 24 months.

The sudden death of frontman and motormouth Garry Borland was the only thing that could have possibly stopped them and that tragic event has seen the best band in the U.K. dissolve before the release of this, their long-awaited debut album.

Thankfully, the surviving band members and producer Mark Freegard have made sure that the legacy of Garry lives on. He lived and breathed this band and this is exactly how he would have wanted it. Garry spent every waking hour in the pursuit of his dream – the dream that Heavy Drapes would release the best album that they possibly could. It was a long time in the making; that was Garry, it had to be perfect.

These nine songs stand tall and proud; Heavy Drapes took a very simple formula and gave it a towering, enigmatic makeover. Dangerous, glamorous, sexy and soaring, all of the things that punk rock generally isn’t in the modern world. Heavy Drapes have crafted an album that truly doesn’t have a dull moment on it- these songs do not need to be fawned over; they need to be played, loud, proud and indignant, just like Garry.

Previous article
KING OF BRAVERY
Next article
SOMETHING FOR THE PAIN