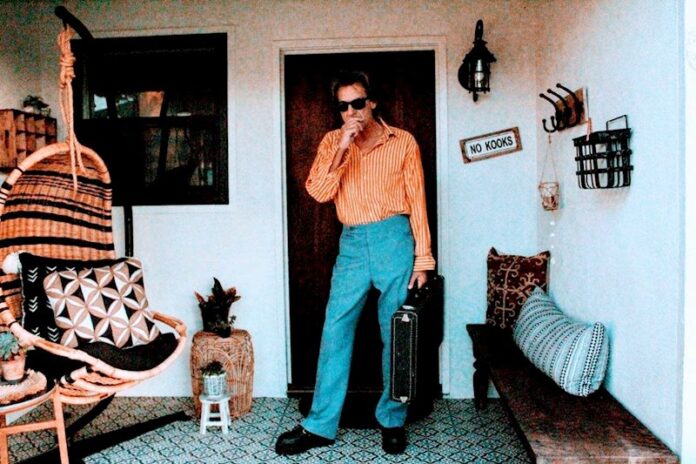 DAVE COUTTS has been dedicated to his love of music from a young age. He was an integral part of bands Ten Inch Men (vocals and guitar) and Talk Show (vocals) along with the DeLeo brothers, Robert and Dean of Stone Temple Pilots fame.

After signing with Golden Robot Records, Coutts returned with a new single ‘Teargas in August’ back in 2021. Now he’s following that up with a Double A-Side single, ‘Saturday’ and ‘Out For A Cigarette’, which are out now on all digital platforms.

“It’s been a blast getting back into music. I feel like I have been re-united with a long-lost friend.” – Dave Coutts

The original version of the song ‘Saturday’ was written and played live whilst Dave was on tour with TALK SHOW but never recorded. It has a late Beatles sounding production. Written by Robert DeLeo of STP fame and Dave Coutts.

‘Out for a Cigarette’ is funky and fun. The growling guitar sounds in between verses keeps you wide awake. Turn it up and light one up!

Stream/Buy ‘Saturday’ and ‘Out For A Cigarette’HERE