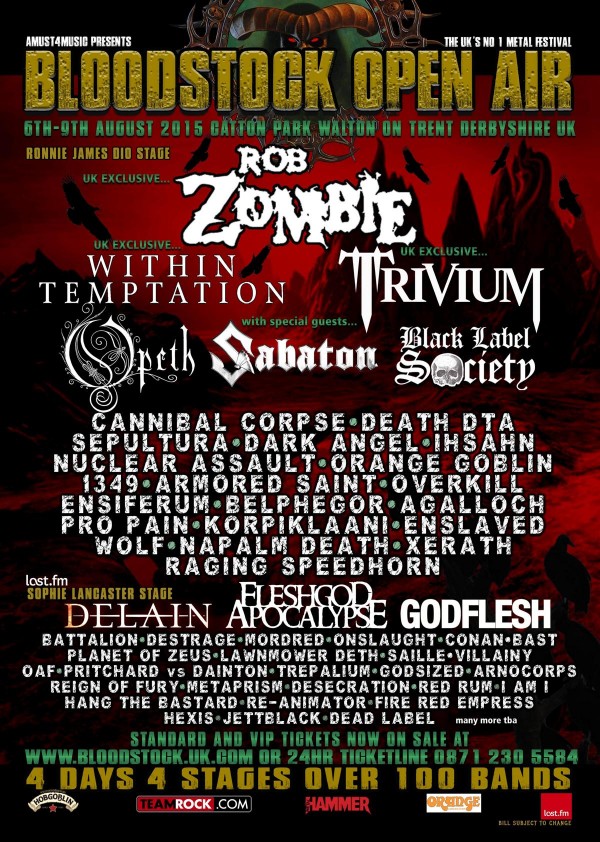 CONAN have just been added to the bill for this years Bloodstock festival. They will play the Sophie Lancaster stage on Friday August 7, 2015.

BLOODSTOCK will be held at Catton Park, Derbyshire on 6th-9th August 2015.

Keep up to date with the very latest info on BLOODSTOCK’s official sites at
www.facebook.com/bloodstock and www.bloodstock.uk.com

Prior to that CONAN will play an eleven date UK tour that kicks off in Edinburgh on June 5, 2015.

The band comment:
As we gear up to record the follow up to BLOOD EAGLE, we welcome you to join us on our only run of UK shows in 2015. See you at the front. – Jon – Chris – Rich

CONAN have just announced that they are heading to the studio soon to record a new full-length. The as yet untitled follow-up to 2014’s Blood Eagle is expected to hit the shelves later this year.

Despite having only two albums under their belt, Conan are one of the most highly acclaimed underground metal bands in the UK today. In 2012, they were invited to perform at the legendary Roadburn festival, a sure sign of approval and respect in the metal community. If you can’t bear to wait until the end of the year for more of Conan’s trademark brand of subterranean heaviness, then check them out when they tour the UK in June!

CONAN have quickly built a reputation as being one of the heaviest bands in the blossoming UK sludge scene today, and with good reason. Their live shows have become infamous for their bowel rupturing volume and supreme heaviosity, so if you’ve never had the chance to have your eardrums pulped by the band’s monolithic riffs in the flesh, then this is one tour you certainly won’t want to miss out on!