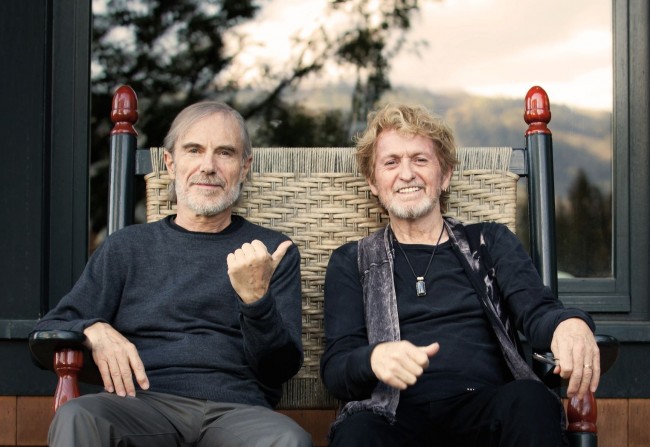 Duo have just released their new record and you can win one!

Better Late Than Never is the new studio album taken from a live performance, and enhanced with innovative production. The package includes a bonus DVD featuring outstanding performances by the band captured in September 2014 at the Wheeler Opera House in Aspen, Colorado.

We’ve got one to give away courtesy of the awesome people at Publicity Connection.

To win one, all you need to do is tell us the name of the legendary prog band that Anderson formed in the late 1960s with Chris Squire.