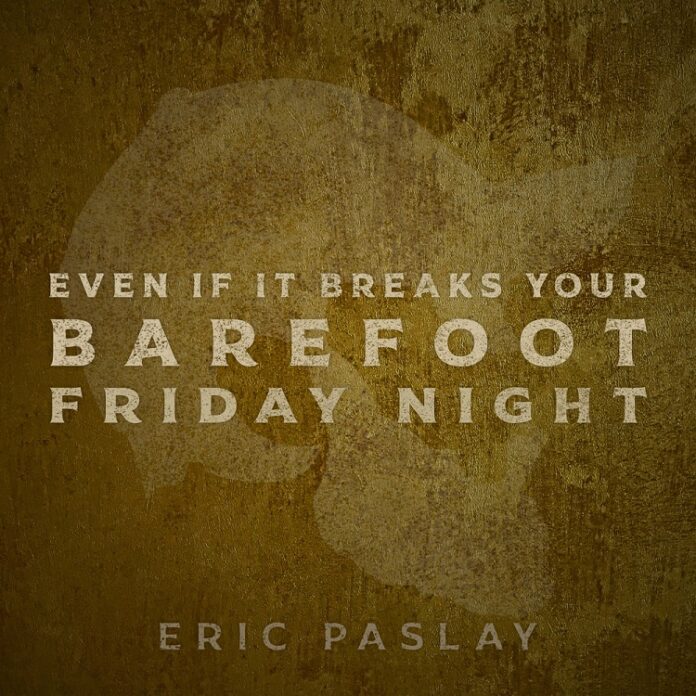 Pinnacle Country singer/songwriter Eric Paslay independently released his Even If It Breaks Your Barefoot Friday Night album on Friday, 15 April. It marks the first time he has recorded many of these major hits that were made famous by his contemporaries like Jake Owen, Eli Young Band, Rascal Flatts and others, along with some of his own tunes revisited. Eric has cemented himself as a certified hitmaker and one of the most influential writers and singers in country music. The album, produced by Mitch Furr, can be found on fans’ favourite platforms here. Paslay’s ‘Even If It Breaks Your Heart’ also gets a brand new lyric video that features personal and never-before-seen pictures and videos of Eric’s journey in music, watch here!

Eric is capping off the Even If It Breaks Your Barefoot Friday Night project with the No. 1 single, ‘Even If It Breaks Your Heart’ made popular by Eli Young Band. The song went on to be certified 2x multi-platinum by the RIAA, named one of the “Top 100 Songs of the Decade” by Country Aircheck and GRAMMY and ACM nominated. The album also includes the No. 1, platinum certified,  and another “Top 100 Songs of the Decade” winner, ‘Angel Eyes,’ recorded by Love and Theft. ‘She Don’t Love You,’ released by Paslay himself, was ACM-nominated for Song of the Year and another renowned success.

“I’ve loved these songs from the day I wrote them. Finally, as an independent artist, I had the opportunity to reimagine, record and own these masters. People have always asked if I’m more of a singer or more of a songwriter. The answer is I’m both and always will be and this project exemplifies just that,” said Paslay.

The next of the cutting-edge singer/songwriter’s NFT Drops will be 20 April and will give fans the opportunity to bid on 10 NFTs to gain ownership of 1% master recording royalty participation of Eric’s new album.

Eric begins a month-long tour across the UK with The Shires this week, beginning on Thursday in Weymouth and ending in London on 24 May.

16 May – Manchester, UK, The Bridgewater Hall

24 May – London, UK, The London Palladium

Previous article
RETURN OF THE MAC
Next article
GET PIST