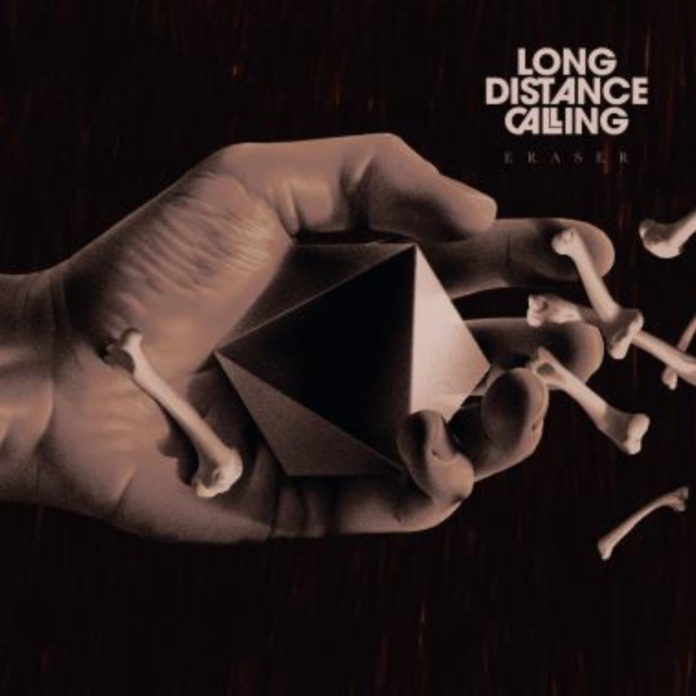 With a reputation as a formidable and dynamic live band, not least due to multiple European tours and high-profile festival appearances, LONG DISTANCE CALLING have been developing towards a crescendo of their artistry for some time now. In 2020, despite being unable to hit the road, the band released their seventh and most absorbing full-length to date, “How Do We Want To Live?” which charted at 7 in the German Album Charts. An intricate but deeply satisfying concept piece, it showcased the ongoing expansion of the LONG DISTANCE CALLING sound, and received widespread plaudits as a result. Unable to take their new music directly to the people this time around, they instead decided to throw themselves enthusiastically into the creative process all over again.

The end result of all that creativity is surely destined to be one of the great progressive records of the year. LONG DISTANCE CALLING’s eighth album is titled Eraser: a direct and heartfelt tribute to the gradual erosion of nature at the hands of mankind. Eraser will be released on August 26th and is dedicated to the world’s endangered species, with each song representing one particular organism facing extinction.

First single Kamilah, out on April 22nd, honors the gorilla with a wildly dynamic journey through blissful, shimmering post-rock vistas, urgent and muscular metallic crescendos, and a profoundly melodic and melancholy denouement.