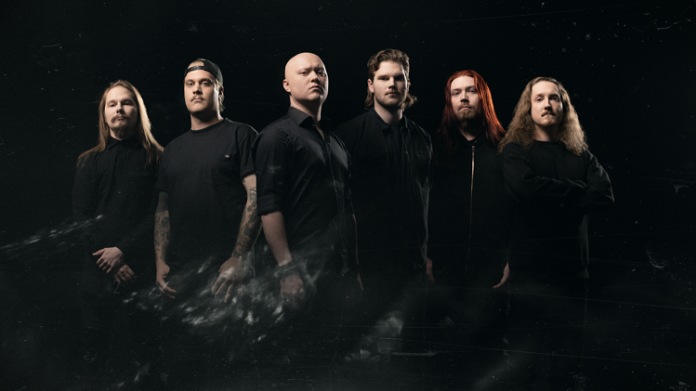 French riffing powerhouse HEART ATTACK are excited to present their version of Genesis’ ‘Jesus He Knows Me’. This song is available as bonus track on the CD version of their new album ‘Negative Sun‘, which will be released on June 10th, 2022, via Atomic Fire Records!

HEART ATTACK about the cover version: “‘Jesus He Knows Me‘ is a special song for Heart Attack. We listen to a lot of different kinds of music, and we are all fans of Genesis and Phil Collins. We recorded during the pandemic, a dark time for everyone, and we wanted to record a fun cover that would contrast with the rest of the album. This track was a huge hit in the early 90’s and it was a nice challenge to make it a metal song that everyone can headbang to.”

Check out the video for ‘Jesus He Knows Me’ here: https://youtu.be/8BuVm0v9ZJQ

Heart Attack is a four-piece army and an unpredictable groovy blend of modern thrash metal, consisting of Kevin Geyer (rhythm guitars, vocals), Chris Cesari (lead guitars, keyboards), Will Ribeiro (bass guitar, vocals), and Christophe Icard (drums). The band played prestigious Hellfest, shared the stage with Trivium and Opeth, and opened for Megadeth in Lyon. Heart Attack is for Gojira, Machine Head, and early Metallica fans searching for the definite riff that will help them drive for a long ride under the sun. Long live France, and remember where you heard it first!