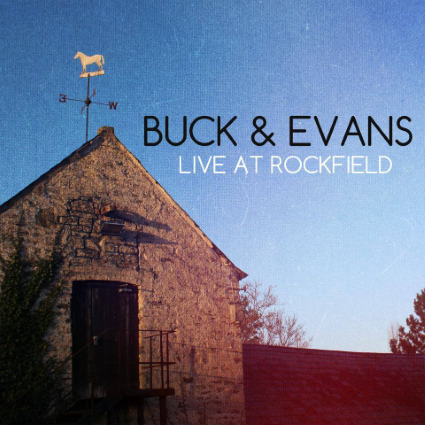 Welsh guitarist, who jammed with Slash – and  was an all round nice guy when he had a drink with both of MVM’s writers before a Kenny Wayne Shepherd gig in Leamington too – releases new video.

When rising rock and blues guitarist Chris Buck was offered a support slot to Sandi Thom in 2013, he called on a fellow passionate talent on the Welsh music scene, soul singer Sally Ann Evans. The chemistry between the two has led to a smoking melting pot of rock, blues and soul infused with melody that’s been bowling over music fans and media alike. Accompanying Sally Ann and Chris are bassist Dominic Hill and drummer Bob Richards (recently seen filling in on drums for AC/DC music videos ‘Play Ball’ and ‘Rock Or Bust’).

Truly something special, news of Buck & Evans stunning rock n’ roll live show is quickly spreading. This word of mouth accelerated when the band were joined onstage by SLASH in Prescott, Arizona for a special live event ‘Rock N 2 Remember’ to raise funds for the survivors of the Yarnell Wild Fire Disaster. Slash, who has a keen ear for developing stars, and who is known to support young talent, had previously had Chris join him on stage at the Birmingham NIA.

Fast forward to February 2015 – Buck & Evans prepare to launch their ‘Live at Rockfield’ EP with a SOLD OUT show at Newbridge Memo – becoming the first band to (ever) play the Art Deco cinema since its refurbishment – a theatre unused and left as a virtual time capsule for near half a century until recently reopened by Prince Charles. The Memo was once host to the likes of Dire Straits, Whitesnake, Dr Feelgood and Dave Edmunds.

Following the announcements Buck & Evans will appear at Camden Rocks Festival and Ramblin’ Man Fair (w/ The Scorpions, Dream Theater, Saxon) – the band have confirmed they will co-headline UK shows with Buffalo Summer in April.

2015 will see the wave of momentum build higher and Buck and Evans realise the promise as #onestowatch. And to go see.

‘Live At Rockfield’ is released by Tru-B-Dor Records.