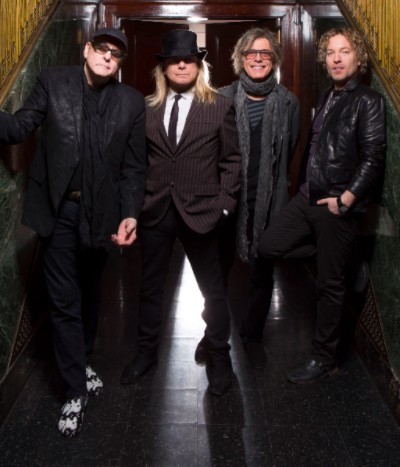 Cheap Trick have revealed the video for their new single ‘When I Wake Up Tomorrow’, which premiered on Rolling Stone. The track is taken from the band’s upcoming albumBang Zoom Crazy… Hello, due on April 1st through Big Machine Records.

Bang, Zoom, Crazy…Hello follows the recent announcement of Cheap Trick’s forthcoming induction into the Rock and Roll Hall of Fame. The long-awaited news celebrates the pioneering sound that has earned the Rockford, Illinois based band total record sales well in excess of 20 million and more than 40 international gold and platinum certifications.

‘When I Wake Up Tomorrow’ follows the release of ‘No Direction Home’, which became an instant classic with its pulsating riffs and anthemic chorus.

LISTEN TO ‘NO DIRECTION HOME’ HERE

The band – famous for having played over 5000 shows in their career – will hit the road again this summer in support of Bang Zoom Crazy… Hello, to celebrate their induction into the Rock And Roll Hall Of Fame – alongside Heart and Joan Jett & The Blackhearts – as part of the ‘Rock Hall Three For All’ tour of the US. The 30-date tour will run from July until September. Full Cheap Trick tour dates can be found at cheaptrick.com/tour-dates

Cheap Trick are an indisputable American institution, beloved around the globe since 1974 for their instantly identifiable, hugely influential, brand of pop rock ‘n’ roll. The band – Robin Zander (vocals, rhythm guitar), Rick Nielsen (lead guitar), Tom Petersson (bass guitar), and Daxx Nelsen (drums) – are truly one of a kind, power pop pioneers with an unparalleled streak of certifiably classic tunes, spanning ‘Surrender’ and ‘I Want You To Want Me’ to ‘Dream Police’ and the worldwide #1 hit single, ‘The Flame’.

With the release of Bang Zoom Crazy… Hello, the collective will continue their reign as the masters of power-pop through 2016 and beyond.