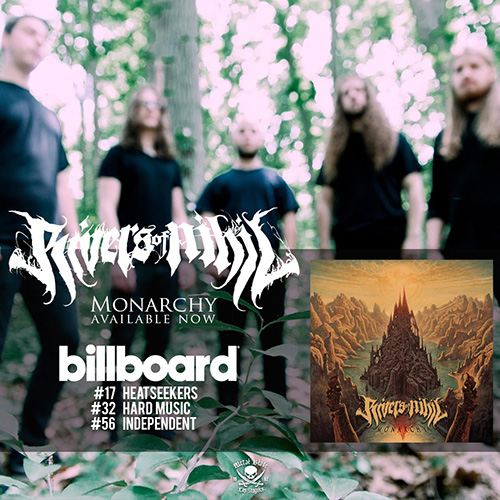 Guitarist Brody Uttley on the success of the new album, “We are incredibly pleased with the positive response that Monarchy has received. In the digital age of music it has become harder and harder to get people to actually buy music and support their favorite bands. We are a lucky group of guys to have such an amazing and supportive fanbase. See you all very soon!”

In support of “Monarchy” the band will hit the road this fall alongside Hate Eternal, Misery Index and Beyond Creation. The tour starts October 27th in Boston, MA.